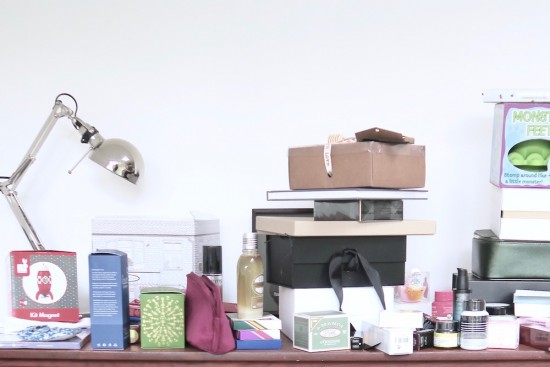 Rather than making excuses in every video as to why I’m not filming in my new office/studio yet, I thought I’d  give you a brief video tour. So you could see for yourselves just how very unready it is.

My office/studio is at the end of my garden, so not too bad a commute, but despite that I’ve only spent about a total of three hours in it since we moved back into our house in September. Which is shocking, but I struggle to find the time. I’m trying to keep it a child-and-pet-free space so that I actually get some work done when I go there, and there haven’t been too many occasions since September that I’ve been able to detach myself from the baby.

It is really, really messy in my office. It was a hell of a lot worse a few days ago, but went in to clear some floor space so that I could at least stand in there and film a video! In the interests of transparency I should also tell you that I moved a box of Tampax that had emptied its contents all over the place and I hid a stack of grubby flannels that I “accidentally” used to wipe out my storage boxes. Yes, this is an “honest” tour of my office, but nobody needs to see that.

Enjoy, curious people – I love looking around in other people’s spaces (hello Grand Designs addiction) so hopefully you’ll like this video. I’ll be back after I’ve done the decorating and furnishing to do a proper tour and maybe give you a little root around in my boxes and drawers!