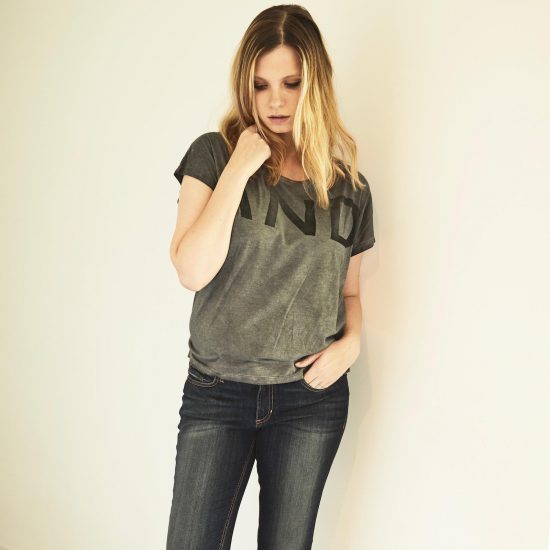 I did a photoshoot for A Model Recommends (my beauty and fashion website) last week – it was an ad feature for a new clothing brand called AND/OR. I have to say that I was slightly terrified, because I am still very much in “postpartum” mode – there are still bits of black adhesive on my stomach from the c-section wound dressing, for Pete’s sake! (To be fair, I could spend an hour or so picking them off with my nails, but I have neither the time nor inclination, so I’m waiting for the glue to just fall off when it’s ready. Which I would have thought would be round about now, seeing as though I have a hot shower at least once a day!)

Anyway, yes: the postpartum model. Good God, modelling is hard enough when your body hasn’t been stretched by two babies – it’s an absolute minefield when you’ve recently given birth. Here are some of the things that happened to me before, during and after the shoot. Things that could only happen, really, to the sleep-deprived, mind-addled, leaky-boobed postpartum woman. (The shoot was at my house, so that was handy. Also, I was – am – married to the photographer, so he knew that if he said anything remotely irritating I’d smash him over the head with a frying pan. This made things infinitely more bearable. Also the fact that I insisted we shoot inside, rather than outside as planned, because it was really cold and it would have made me miserable as hell. If only I’d had so much control over things in years gone by!) 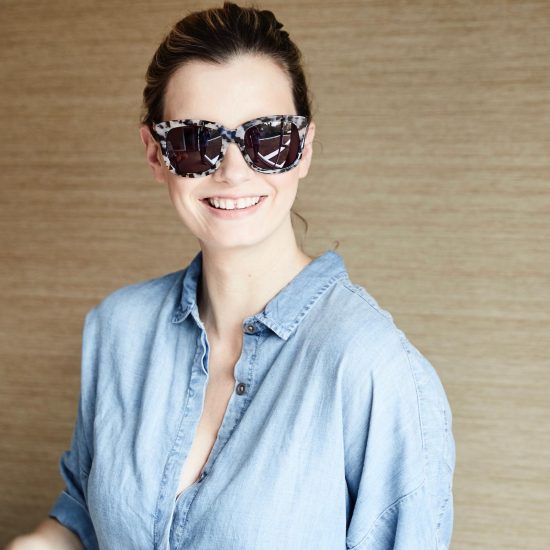 Leg Shaving. The hairs on my legs were around half an inch long. I don’t need to shave my legs much, as my hair is fair and quite fine, but it had been around four months since my last shearing and so I was pushing it a bit. At 8.15am I started trying to run a bath so that I could get in and shave my legs; I finally got in the bath at 1pm, having fed the baby twice, cleaned up sick, studied the brief for the job, gone to the GP for a health check, returned, had a call with the accountant, re-run the bath and eaten a hurried lunch of leftover quiche and half a Tracker bar. I had made a big – BIG – deal over this bath because I have only had one bath since Christmas. Pregnant, I was too huge to fit in it and/or lever myself back out, postpartum I didn’t want to soak my scar. So yeah, I was really looking forward to this bath. Also, it was a necessity because one of the shots for the ad feature was me in a pair of shorts (crikey) and I don’t do any retouching to any photos for either of my websites, or social “platforms”, so the leg hairs had to be culled. Anyway, I finally got in the bath, put in my oils and unguents, did a face mask, got out, basted myself in firming body lotion, took off my face mask, applied serum and moisturiser, did my makeup, got into my shorts, and guess what? I HAD ONLY SHAVED ONE OF MY LEGS.

Wonky Boobs. As we started shooting, I realised that one of my boobs was about four times the size of the other. This was because one of them had been fed from and the other was engorged with milk. But the baby was sleeping! Cue me sneaking off to the loo to siphon some excess milk into the washbasin and even up my breast sizes. Imagine doing that at a studio shoot! Oh, the glamour, the glamour.

Breast Pads. I didn’t want to ruin the clothes samples with leaked milk, so I had to pop some breast pads into my bra, which made my boobs look even huger than they already are, which meant that I had to pose with my chest concaved in, which was made all the more difficult by the fact that I had to also make my stomach concave. So basically I had to pose in ways that made my entire torso retract into the far distance, whilst keeping my head in shot.

Breathing In. I had to breathe in so much that at some points I thought I might pass out. In the olden days, if I breathed in that much, my belly button would feel as though it was touching my spine. These days, if I breathe in, I can barely see a difference. Still, I had to do something with my deflated beach ball of a stomach, so I used a shoehorn to shove some of it down inside the jeans and then placed my arms strategically across my body. True pro, me.

If you want to see the final pics for the ad feature then it’s over on A Model Recommends here – the clothes are really gorgeous, the denim is incredibly flattering, if you’re looking for some wardrobe staples..