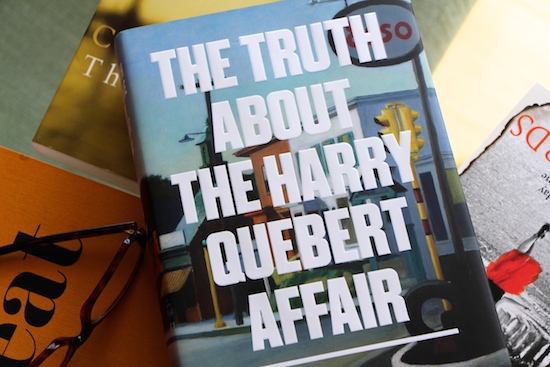 If you’re looking for that all-absorbing read to see you through your summer holiday then look no further: The Truth About The Harry Quebert Affair is it. It’s totally unputdownable. The twists and turns in the plot might have you banging the book against your forehead at times and the sheer length of the story might feel daunting when you reach the halfway point, but it’s all written in such an easy-going, comical style that it’s difficult to find a safe place to stop reading. This whopper of a novel is the closest you’ll ever get to a “friendly” murder mystery; there are dark happenings, certainly, but the cheery delivery and the almost Disney-esque qualities of the setting and the characters mean that you could read this book locked in a crypt with a flashlight and still not feel too anxious.

The Truth About The Harry Quebert Affair follows a young writer, Marcus Goldman, in his quest to clear the name of his friend and writing mentor, Harry Quebert. The body of a fifteen year-old girl has been found buried next to Quebert’s house and he is arrested for her murder, but as the investigation gets underway, Goldman begins to unearth some very dark and disturbing secrets. And nothing is ever quite as it seems in the Harry Quebert Affair (shall we call it HQA just to save my typing fingers?); the novel has more dead-ends and wrong-turns than a sadist’s maze. People are wrongly accused, others are acquitted; fathers cover for their daughters, mothers (both living and dead!) seek revenge and dole out punishments… If the author, Joel Dicker, didn’t have such a fine way with words then the whole thing would be very depressing indeed. As it stands, Dicker has the ability to make even the most painful sentence seem almost chirpy – he has that happy, simple writing style that doesn’t try to be clever or overly poetic. He just tells the story. 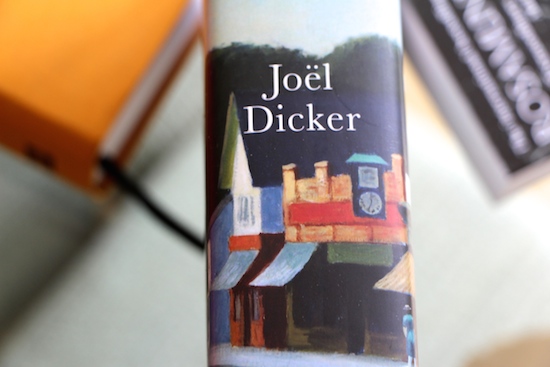 I make that sound as though the actual framework of the novel itself is simple: it’s not. I won’t try and hide the fact that the structure gets a little complicated, but it’s one of those novels that requires you to put your entire trust in the writer. Don’t try and double-guess, don’t fret that the author might have failed to explain something and that you’re missing a trick, just keep on ploughing through. Things get very interesting, especially in part three – there’s even a chapter that you probably wouldn’t want to read whilst locked in a crypt…

Some may hate the way this novel has been pieced together – it jumps backwards and forwards in time and there are extracts from novels and novels-within-novels as well as a whole jumble of police reports and investigation notes – but I found that it kept the pace nice and choppy and gave the book a bit of momentum. It’s a long, long story after all. It could have become quite monotonous. Some may also hate the endless red herrings that are thrown in and the way that the plot wraps itself up; I’ll agree that it feels a bit clumsy in places, but I think that most will rip their way through this novel at the speed of light, as I have done, and be quite sad that the whole affair has ended. I became quite engrossed in the little lives of the characters and the sleepy town of Somerset and I always think that it’s a sign of a good book if you miss the people in it once your reading is done. I miss them already and I’ve even added a new character to my Favourite Literary Characters of All Time Hall of Fame: Marcus Goldman’s mother. You’re going to love her.

You can find The Truth About The Harry Quebert Affair at Amazon here. Prices start at £2.59 for the Kindle version – I have the hardback, but it is quite a heavy old tome to cart about!