Thrifty Scent. I know what you’re all thinking: has she really gone to the effort of compiling a whole feature based around an incredibly bad pun? The answer to that question is yes. Yes I have. And it’s not even my own bad pun, I nicked it from Mr AMR. If you’re at a loss to know what the pun is even about, then let me please direct you to the Wikipedia page of everyone’s favourite (a while ago) rapper, Fifty Cent.

(I told you it was an incredibly bad pun. Fifty Cent the man has nothing to do with scent at all – though how amazing would it be if he did actually bring out an aftershave and call it either Fifty Scent or Thrifty Scent?Hold on: he does have a scent! It’s called, disappointingly, Power. What an anticlimax. His most recent customer doesn’t seem too thrilled with it, either: “At first the fragrance is a strong manly one, but after 5mins of putting it on it dissapears [sic] into nothing!The title is the total opposite,should be called WEAK!Only paid £12 for it but its not worth that. 50CENT? MORE LIKE 50PENCE!!” Oh dear.)

Anyway, seeing as though I’m making the effort to craft a readable post out of nothing, using this meagre pun as my starting point, I’ll get serious: thrifty scents. Is it really possible to find great perfumes at low prices? Let’s take a look… 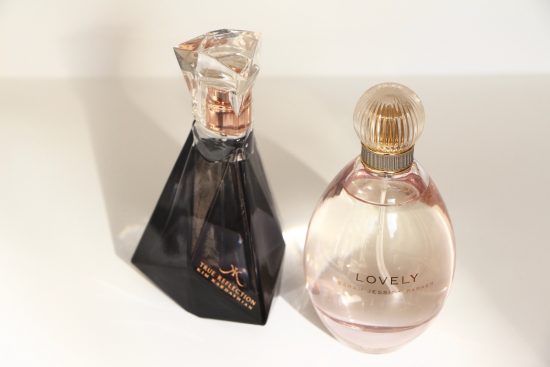 Lots of the celebrity fragrance offerings seem to be a bit sweet or sickly for me but I found a few gems that would sit happily alongside my more expensive bottles. Firstly – and this has been the case for a few years, now – I am very partial to a bit of J-Lo. More specifically, Love & Glamour, which is on Amazon here for £7.99. It’s peachy and summery – nothing risqué, but pleasing all the same. It’s not pictured here because I’ve lost it, but at that price I won’t be tearing my hair out with worry…

Kim Kardashian’s True Reflection nearly passed me by because I’m not really too much of a Kardashian fan. I don’t have an actual dislike for any of them, it’s more a of a strong disinterest. Anyway, I’m glad I gave this a chance because it’s really rather dark and sexy. Fruity start, heady middle and a woody, almost-masculine base. True Reflection is £25.50 here.

Lovely, by Sarah Jessica Parker. If you like soft, wearable and feminine scents then you’ll get on well with this one – it’s warm and comfortable, like a cashmere scarf. I don’t know whether I could get into hot water for saying this, but it smells very similar to Narciso Rodriguez For Her. Really – very similar. Not identical, of course, but similar enough that I’m sure someone in the Lovely board room must have had it in mind when they were throwing ideas around… Find it online here, £11.35 for 30ml. 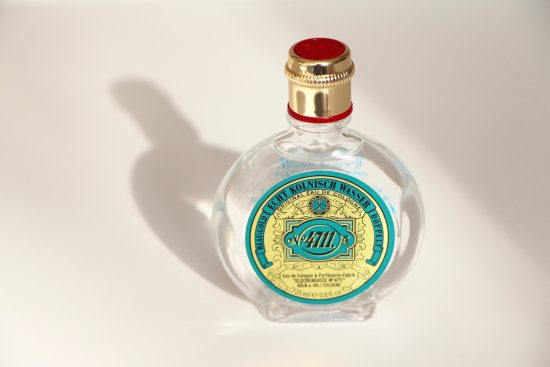 There are scents that have been around since the beginning of time (almost) and cost less per ml (nearly) than some sparkling mineral waters. 4711 is one such fragrance – the original cologne, made in Cologne. Oft copied, or at least used as inspiration, it has neroli, bergamot, lemon, lavender and rosemary notes and the smell is fresh, herby and zingy all at the same time. It’s incredibly popular the world over and its affordability means that you can sprinkle 4711 on your linen, freshen the air in your hotel room with 4711 and use 4711 to scent the air before you as you walk around the city, like some kind of visiting dignitary. Find it online here – you can get a 100ml “splash” bottle for £14.45. 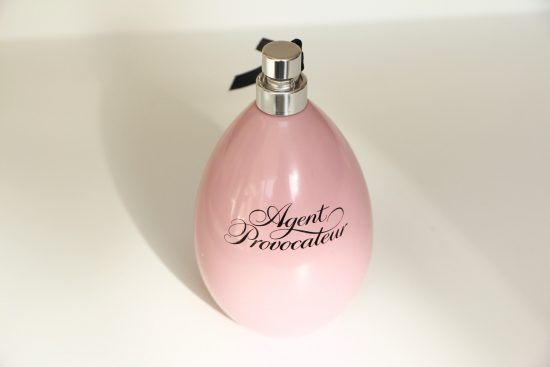 If you’re ever about to buy a fragrance online it’s always worth doing a quick Google to see who’s stocking it at the best price. Take the fabulous La Petite Robe Noir by Guerlain; for 50ml it’s £68 at House of Fraser, £56 at FeelUnique, £41.95 at Amazon. Thirty seconds of computer time well spent.

All Beauty are a good place to check and they stock one of my first ever beauty indulgences – Agent Provocateur Eau de Parfum. A huge 200ml bottle, which looks great in the boudoir, costs £31.95 instead of £99. Find it All Beauty here. 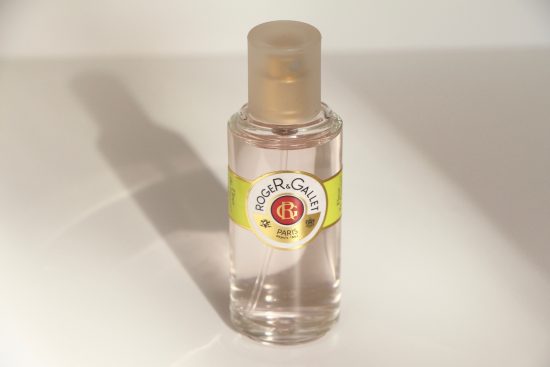 I love finding a perfume that stands up to its bigger, more expensive competition, despite being from an unexpected source. Roger & Gallet’s Fleur de Figuier is part of a line of body products, which would usually make me take a fragrance less seriously, but it’s just absolutely gorgeous, so brilliantly put-together. (See full review here.)

Roger & Gallet’s Bois d’Orange is also amazing – heady and vibrant and fruity with a sensual, mysterious sort of undertone. Both scents offer excellent value for money, if you’re after a properly crafted perfume but don’t have oodles of cash to spare. Fleur de Figuier comes as a little 30ml bottle of Eau Fraiche, a snip at £11.33 here, Bois d’Orange, with its sunny-exotic demeanour is £21 for 100ml here.

There you have it – an entire post borne from a bad pun. Do please leave your own Thrifty Scent suggestions and recommendations in the comments below, as well as bad puns if you can conjure any up…