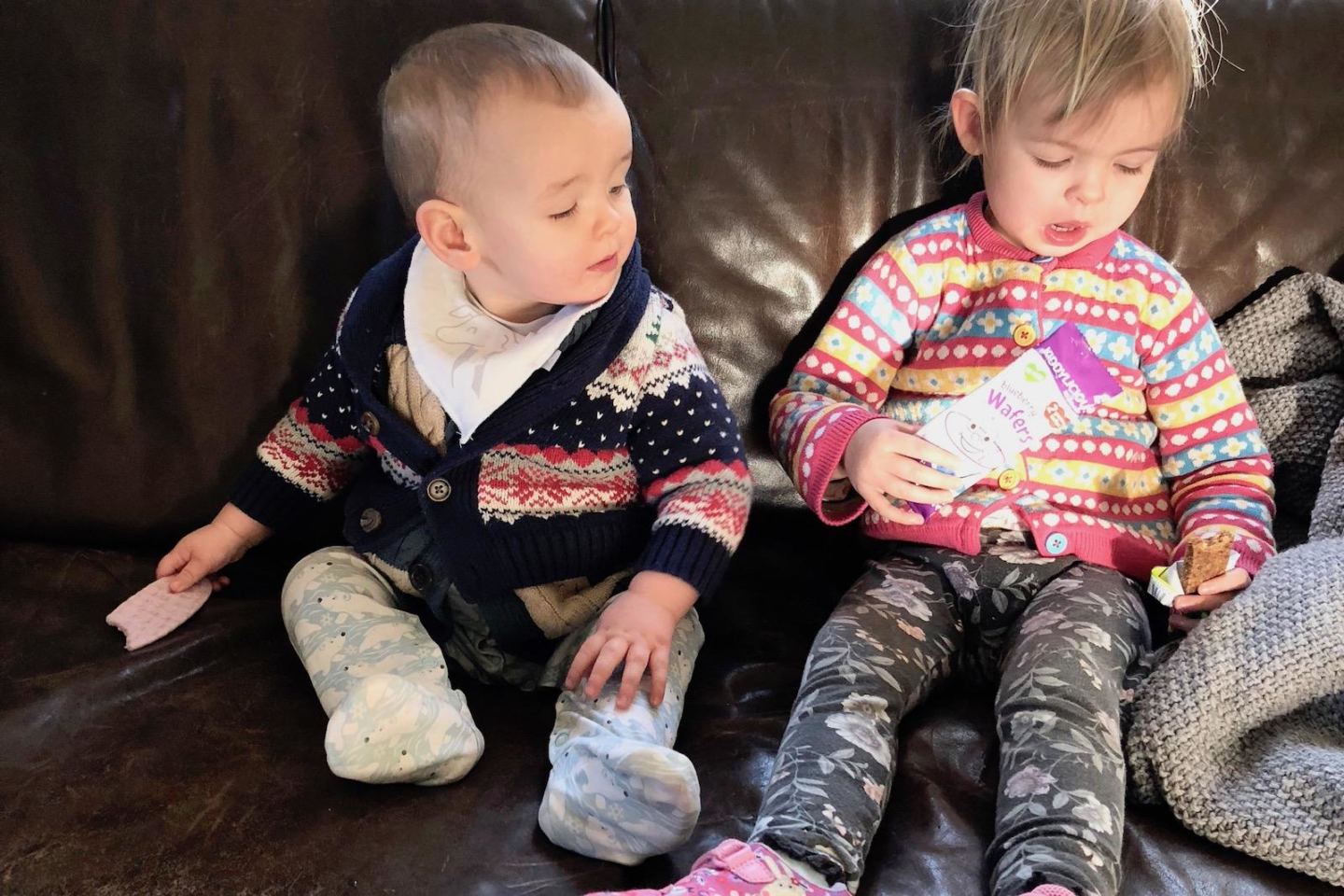 I must stop writing these updates at the last minute – although, why change what is now such an established habit? I think that the majority of the monthly updates I’ve written (and I’ve done one a month, without fail, since July 2015) have been hurriedly typed at a minute to midnight, cold sweat trickling down my back and my fingers flying furiously over the laptop keyboard. Tonight I have started at nine pm, but only because I want to finish a Netflix series I’m watching (Manhunt: UniBomber, or something) and I can’t fully relax knowing this needs to be done!

Actually I started at eight, but I got distracted listening to John Martyn songs on Youtube. I had never (shamefully) heard of John Martyn, but my Dad died recently and both my sister and uncle were saying how eternally grateful they would be that my Dad had introduced them to him. This song in particular has had me in floods of tears – isn’t music such a powerful thing?

And so my Dad has gone – although the coroner has been very slow so we’ve had no funeral yet – but life otherwise has strangely and sadly and slowly been moving on without him. Babies have been growing up, snow has been bringing the country to a halt and we have been on the same wheel of breakfast-lunch-nap-Sainsburys-playtime-Frozen-dinner-Magnum-Netflix-bed that we’ve been on for months. I have the odd debilitating stab of grief, but have been trying to keep it deep down for the moment, until I can say a proper goodbye and allow my heart to – probably completely – break.

But enough of sadness for now. What has been going on in the (totally oblivious to grief) lives of little Angelica and Ted? I’ll tell you! 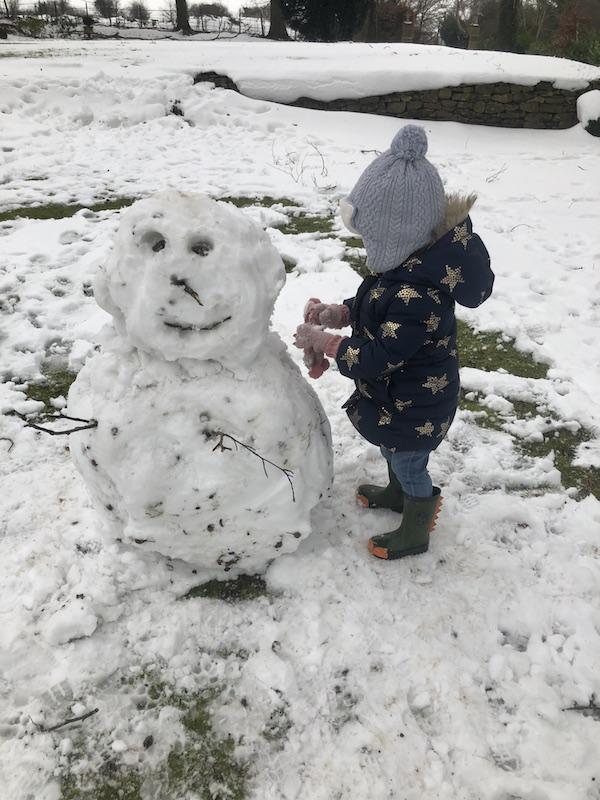 Angelica (2 years and 8 months) has taken to demanding we act out little roles all day. I’m going to write a separate post on this, but the demands on my theatrical skills are both relentless and unrealistic. “Be wizard! Be dragon! Be Mr Tumble! Be DADDY!” The characters I am forced to play are often quite abstract – “BE PROPELLER!” – but it keeps me on my toes.

The other thing that Angelica has started to do, which requires far less of me, is sing songs. She likes Wind the Bobbin Up, Row Row Row Your Boat and Let It Go from Frozen, which we have to watch on a daily basis. (“Be Sven! Be Elsa! Be Olaf! BE ICICLE MUMMY!”) I love listening to her monitor crackle on when she’s in bed and knowing that she’s having a little sing-song to herself – she’s quite tuneful really, although she gets a bit shy when I ask her to sing for someone else. God, I’m a pushy Mum! I’m one of those mums I used to hate! “Darling, do the song from Annie for our guests. Go on! No, do it properly – you’re not hitting the high notes!”

On the down side, Angelica has had a terrible little skin rash that won’t go away. It’s pretty much all over, so I think it’s either dermatitis or eczema, but the nurse at the GP’s didn’t know and wouldn’t refer to a dermatologist or even a doctor (“all kids get something and it’s not infected”) so we’ve had to try and eliminate possible causes one by one until the private dermatologist appointment. So far, we’ve changed washing detergent to Surcare, cut out all cow’s milk products including yoghurt, cheese and milk (swapped for goat’s), cut out tomatoes, cut out potatoes and now we’re going to see if it might be citrus fruit. It’s both frustrating and boring, not least for Angelica who has been slathered in a load of different creams (Cerave seems to be the best so far – better than the one given by the nurse at any rate) and deprived of her favourite pasta sauce! But not long to go until the appointment, so hopefully we’ll know more then.

Potty training is almost complete (she says!); we changed Angelica from nappies to “big girl knickers” and she has done quite well for the past three days, with only three accidents. The first accident she hid in the shower for, which I was rather pleased about! Very convenient. No poo accidents, just wees so I do think we’re almost there. To be honest, we should have made the leap to knickers around six months ago, but what with moving and everything, there just never seemed a good time. I have to say that the Bumbo potty has been absolutely brilliant – the seat that swaps from potty to toilet is so foamy and cushiony, and the base of the potty becomes a step for the toddler to climb onto the toilet. Very clever. You can find it online here – it’s £39.99, which is pricey for a potty, but the step is excellent so you can use it for years and years. 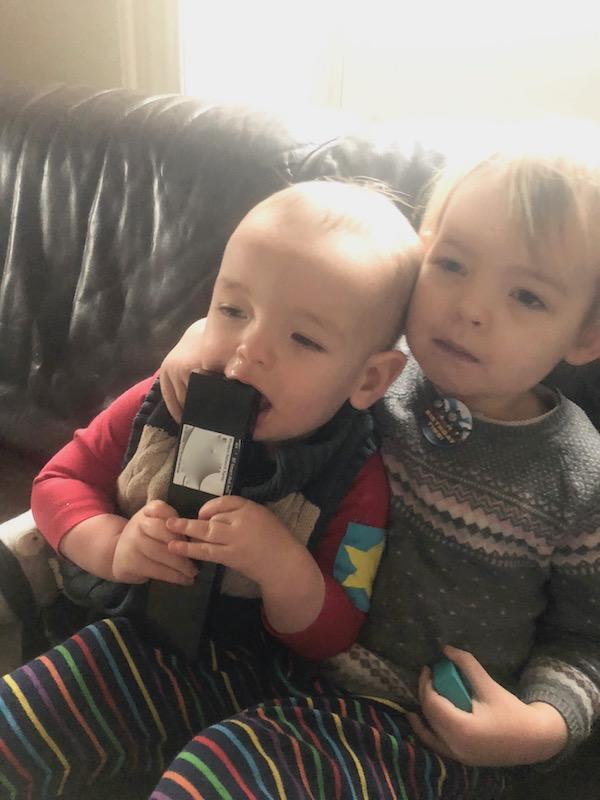 Oh, one more thing before Ted – Angelica has suddenly become very interested and loving towards Baby Ted. I think because he can react and interact, he has become an adequate plaything. He copies her, coos at her and (much to her annoyance) destroys her brick towers just when she’s built them. Ted sometimes seems a little wary of Angelica’s ever-growing enthusiasm towards him. Sometimes she grabs his cheeks in both hands, grits her teeth and says “AAAHHHH TED! TEDDY! I love you Teddy!” I wonder who she’s copying? Ha. 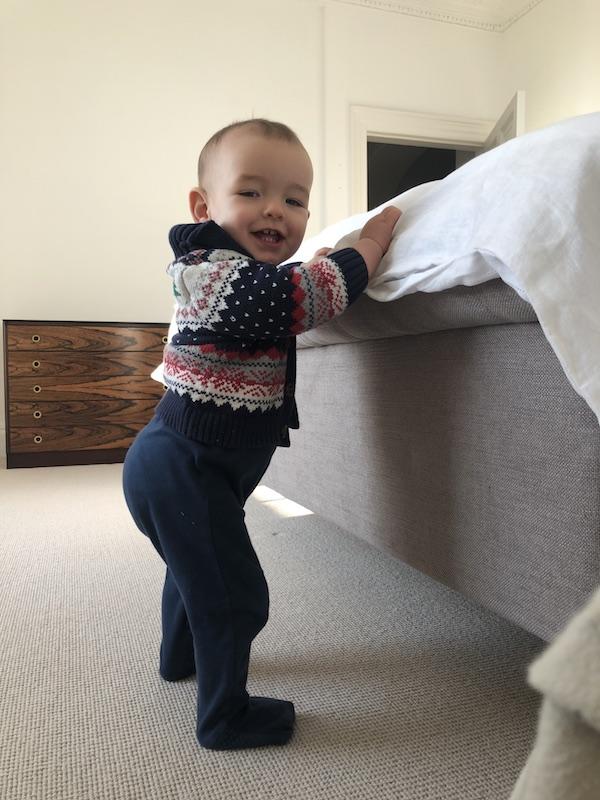 Apart from trying to escape Angelica’s love demonstrations, Ted (thirteen months today) has had a very busy month of almost-walking and tipping over the dog’s water bowl. My husband can’t fathom how I can be next to the dog’s bowl for thirty seconds and not anticipate the fact that Ted is 100% going to put his hand in and tip it over, but he obviously hasn’t been sleep-deprived for 48 hours before. (It was work stuff, not babies waking up, but still! I was like a zombie.)

Ted is walking very strongly with just a little support on one side. He absolutely hurtles along! Solid little chap and such an absolute joy to be with. He has started to mimic loads of the things I do, which he carries out with a wry smile, making me thing he’s totally taking the piss. “Nonononono” he goes, shaking his head from side to side, and he does this after doing something naughty before I’ve even said anything! Cheeky monkey. Weirdly, because he can’t actually walk by himself yet let alone perform complicated dance moves, he knows every part of the Hokey Cokey, including knees bend, arm stretch and Rah Rah Rah! He actually pulls me along backwards and forwards and his “turn around” spin is something to behold. 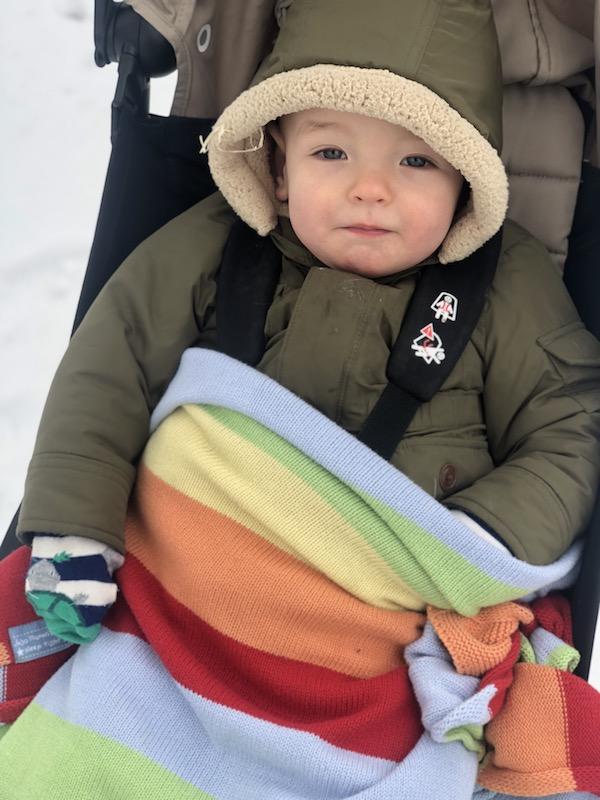 He’s not so keen on Frozen, but I’m pretty sure he knows all of the words inside his head. Oh – I’m sure he said Mama the other day too. I had to provoke him (four hours, straight-backed chair, etc) (haha) but the sounds were there. Dada is well-established. Hahahahah is his favourite, along with Aaaaaa-tchoo and Quack Quack. He’s a terror though, compared to how Angelica was – always into everything, poking about in holes and putting things in his mouth and falling over constantly. The other day I opened his mouth in the garden and he was sucking on a big stone! He was in the pram!!! It’s as though dangerous objects gravitate towards him – maybe he has telepathic powers. Is it telepathic? The one where you can move objects. God, I’d make great use of that power. Power: fetch me a Magnum from the freezer! And some wine, whilst you’re at it.

Oh, don’t you worry about me. I’ll be alright. I never know what to say in this section – originally I included it to keep track of my breasts when I was breastfeeding, or my postpartum body changes, or general ups and downs I was feeling. But it seems so self-indulgent and I always feel a little embarrassed to harp on. After all, I honestly do feel like the luckiest person alive. Despite the recent loss, which weighs heavily in the back of my mind almost constantly. In a way, losing my Dad has made me feel braver about the world, but at the same time I have a dread, a horrifying dread, about the fact that life is so fragile, and the life that you build around yourself can be changed with a single tick of the clock. That has made me massively anxious and jumpy but – strangely – I also feel calm at the same time. That change is inevitable and there is very little you can do about it. You just have to set your course in life and hope for the best, love the people around you as much as you can possibly manage and appreciate each and every day as it comes.

Over and out, friends, for another month.