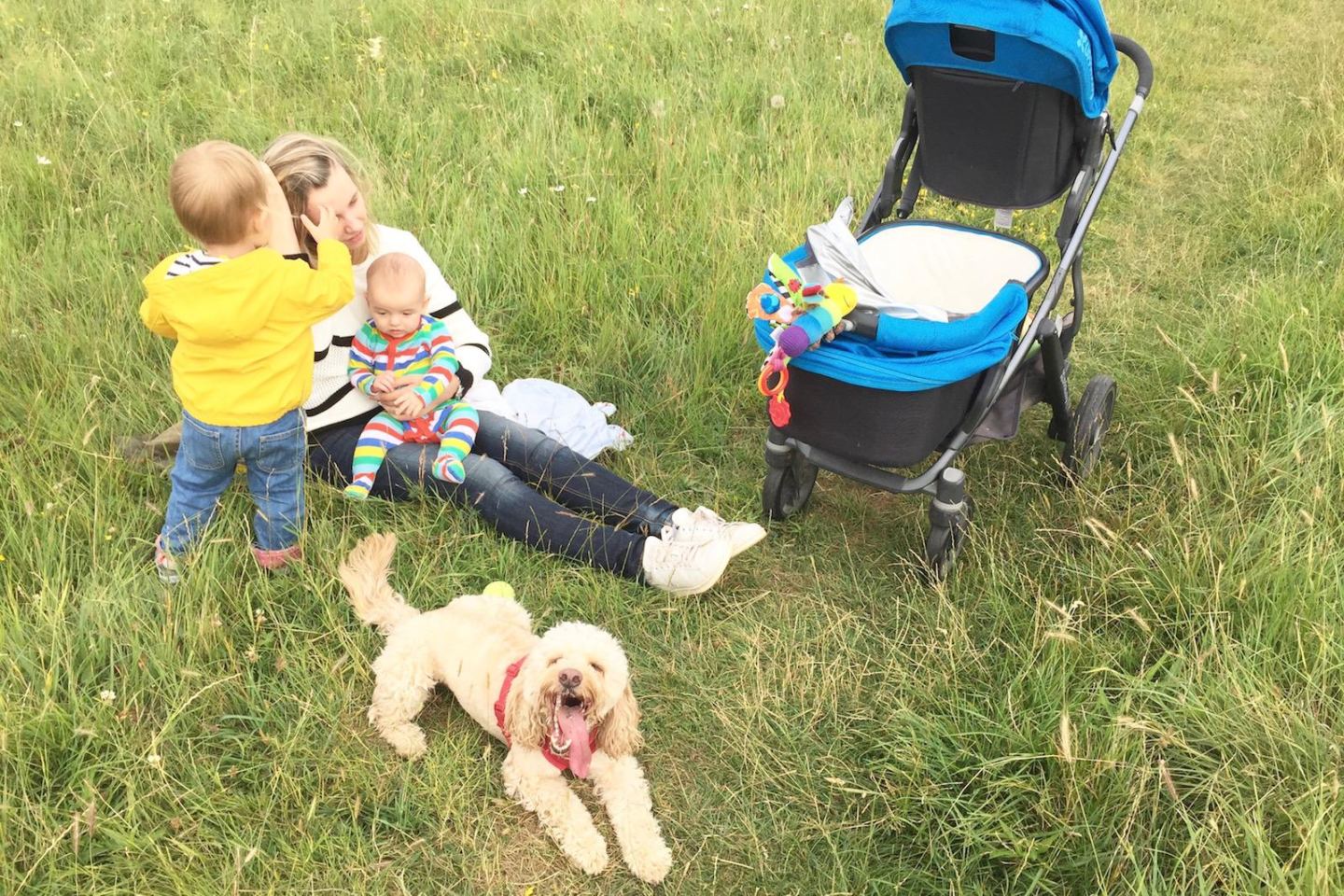 This is the very first time in just over two years that I’ve very nearly missed posting my baby update on the proper day. It used to be on the 17th of every month, now it’s on the 3rd (Ted was born on the 3rd February and it made more sense – at the time – to swap to then, seeing as though he’d be changing faster. Or so I thought!). It has become almost a compulsion that I must get my update published on the set day and so here I am, bleary-eyed, slightly tearful (one of those days) trying to get this written before the clock strikes midnight.

(What is wrong with me that I can’t put any sensible limits on myself with regards to work and all of the other stuff that I take on? It has got to stop. It’s almost at crisis point. I’ve reached peak fatigue!)

Let’s get started on the baby and toddler updates before I stop making sense – I’ve already typed the wrong birthday for Ted and edited it twice and written “tiddler” instead of “toddler”. Without further ado, then… 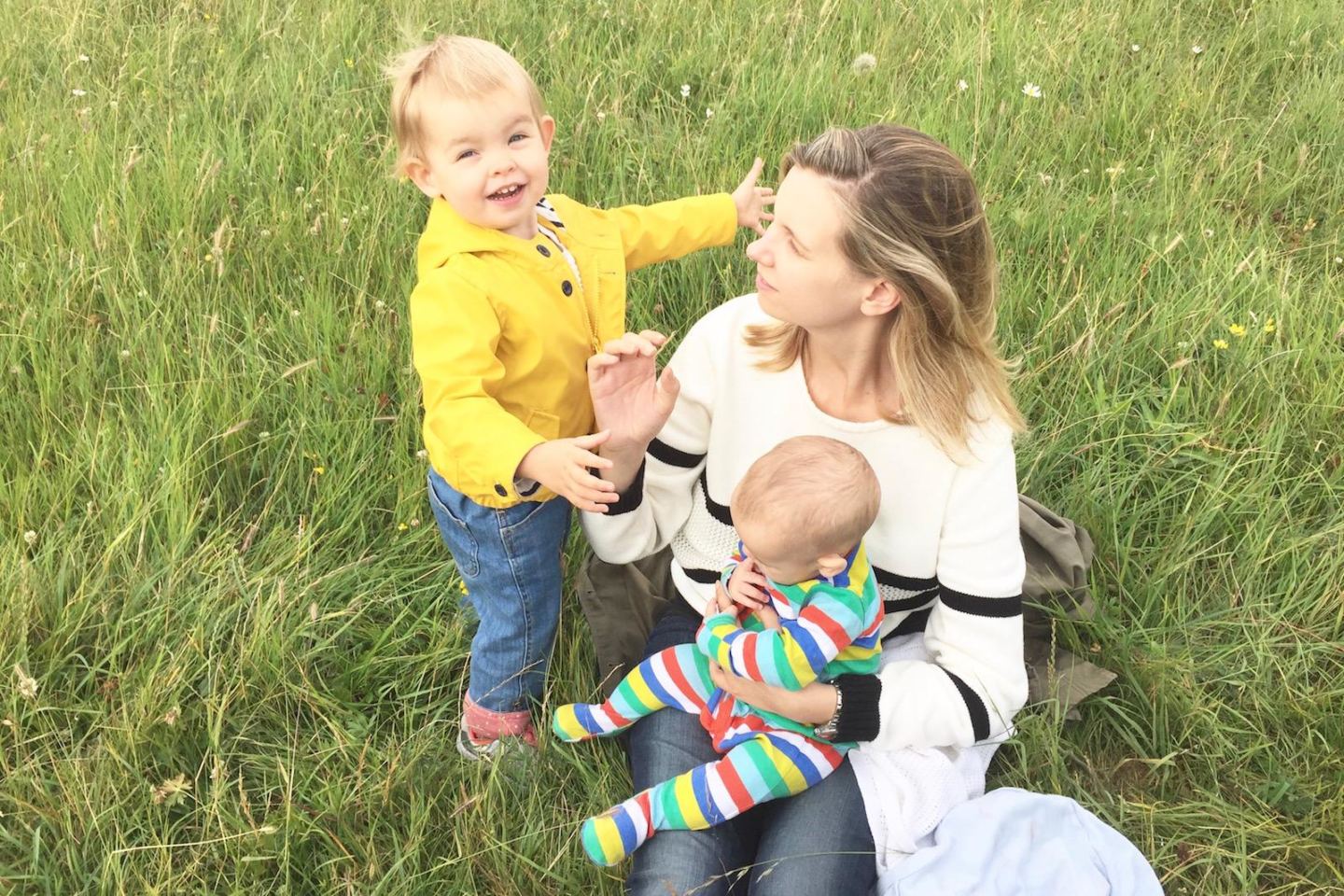 Almost as though a switch was flicked: we now have a two year old, a two year old with many mannerisms that wouldn’t seem out of place on a teenager. Eye rolls, hands on hips, cheeky retorts, screaming matches – what happened? Overnight? No longer does my baby want to sit with me (“no!” “there!”) and cuddles have to be worked for. Bribed, even. The wrong dolly brought down to breakfast spells disaster and woe betide anyone who tries to make her have her nappy changed if she isn’t fully on board with the idea. I shouldn’t start with this, really, because alongside the little – and infrequent – tantrums, we have the most joyful and characterful little person. And I can understand where the tantrums come from, because it must be frustrating being told what to do and when to do it, when you’ve only just started to learn how to be independent. You can walk, and you can open cupboard doors and you can play puzzles and work the TV remote (!) but so many of your plans are scuppered by the large people. Bastards!

Watch: A Day In The Life Video

I wasn’t prepared for just how fast toddlers learn and develop – every day there’s a new word, a new action, something mimicked or discovered. Today Angelica surprised me by counting to four! I have no idea whether that’s “good” or not, as I’ve still not read any books and we don’t go to many classes, but it impressed me! And we’ve got mini sentences going on – “no Doodle shoe!” which is what she says when Dexter the dog (Dexter Doodle) has a slipper, or “Mummy car home”, which is what she said after Tumble Tots when we got to the car park. Bravo, my little information sponge! Thank God you absorbed that particular information and not my road raging. “WHERE ARE YOUR INDICATORS YOU BLOODY MORON?!”

I’m guessing that’ll have to stop.

I always thought that I’d be a baby person and sort of “mourn” the baby stage once Angelica passed it by, but I have to say that I’m in love with the toddler phase, tantrums and all. I don’t want to sound like one of those sickeningly twee and positive people, but I think that the giant leaps in communication skills more than make up for any boundary-asserting tantrum sessions. I mean, they haven’t been that bad so far so maybe I’ll eat my words, but it’s amazing being able to finally converse – albeit in a stilted manner – with the being who has been my whole world for two years. It’s like we’ve made alien contact! It’s not as though we sit there discussing poetry –  it’s one or two word attempts at conversation, usually involving “squirrels” or “trees” or “poo poo” or “bears” – but it’s a start. And I get a disproportionate amount of joy from seeing Angelica suddenly work out how to stick a magnet to the washing machine or stack boxes in the right order or even find something funny in a cartoon she’s watching. To see that she’s understood and remembered something – it’s like witnessing the cogs in motion.

Oh man, am I becoming one of those gushing people? I hope not! I just find it all so fascinating and funny. I’ll shut up now. 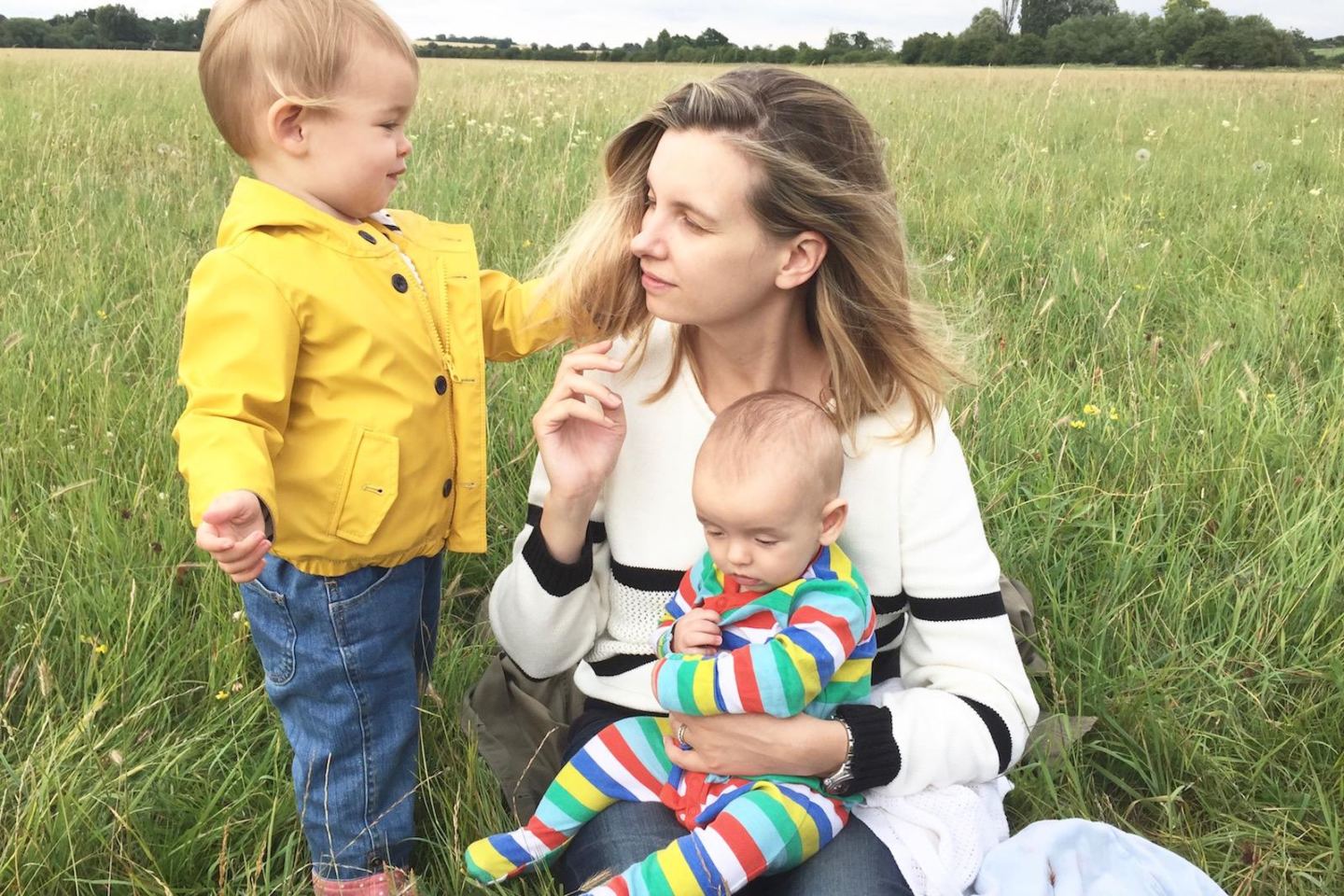 The baby is also conversing and counting to four. JOKE. He dribbles loads and smashes me in the face with his big head if I stand him up on my lap. Seriously, how many people must go to A&E with broken noses or shattered teeth as a result of babies head-butting them? If anyone has stats on that…baby-caused injuries. Ted is holding himself upright, but still needs support when he’s sitting. I reckon he’s almost there – just in time for six months, hopefully, and a spot of weaning. Is it me, or has that gone really, really fast? I still remember typing up the 39 week pregnancy post, a few days before I had him, and now he’s almost weaning! I’m still breastfeeding him exclusively and still haven’t managed to get around to expressing – I’m almost thinking that I’ll never get around to it. I want to, because I’ll get a bit more freedom to do stuff, but I don’t know whether I can cope with the whole pump and sterilising thing again. It was a major faff. Or maybe I’m just remembering the bad parts – I do recall getting a lot of satisfaction from watching the jets of milk shoot into the bottle. Maybe I’ll give it another go; I need some entertainment to get me through the evening.

Ted is sleeping from around 8pm until 6am, he wakes at 11pm for a feed and then at 2/3-ish (that one’s the killer session!) and then at around 6am for his wake-up feed. Six AM. That’s still classified as nighttime in my books. I try to stay asleep until about half past, but I can’t resist the little coos. Mind you, if he’s had a feed at 3/4am, there’s no way I’m getting up at 6 and so I stick on the sound of the vacuum cleaner on my iPhone and he normally drops off after ten minutes or so. I find it difficult to sleep through white noise, but if I turn it down low enough and shifty over to the other side of the bed…

I’m going to whizz through my update, with a view to doing one in more detail on both mental and physical state. Nothing to worry about, that sounds ominous doesn’t it? I’m in tact. Just tired. Still got my Mini Magnum addiction and therefore gut, however if I breathe in I look like a sort of version of my old self, if a little blurred and soft around the edges! Boobs still massive, scar itches in the heat, hair is falling out, mind is sharp for some of the day and non-existent for the other part. If you want any kind of sensible interaction you have to catch me in the good bit, but who knows when that will be.. Usually after 8pm and before 11.30pm, which is when I do the lion’s share of my time-sensitive work. Admin is taken care of in the mornings, during Peppa Pig, and videos are done during the 11.30-1.30 nap-time. If Ted is asleep as well as Angelica. Now and then I have a nap too, if both are down – but it’s always the time the postman comes so it’s hard to relax.

Right, midnight is almost upon us and I will turn into a pumpkin if I don’t get to bed. I haven’t even proof-read this, which is a first – I seem to recall that I’ve inserted a joke about the postman – so please do forgive any spelling or grammatical errors. I should really leave it as a draft and edit tomorrow when I’m not propping up my eyelids with matchsticks, but – as I said at the start (I think?) – I have a sort of superstition, or compulsion, when it comes to posting on the right day for the update. So here it is. Warts and all. Goodnight!