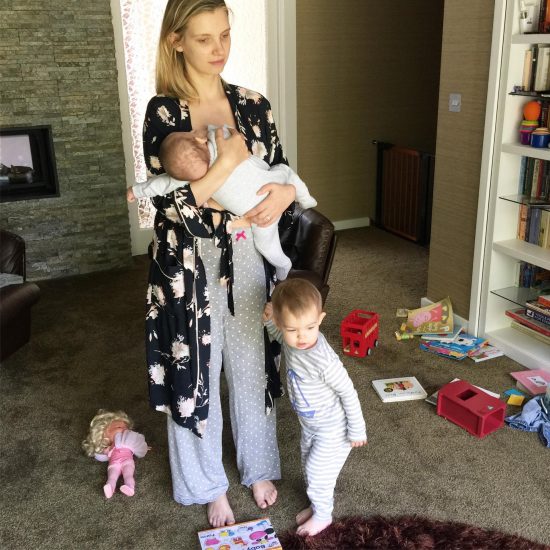 Sometimes, as I write these updates, I think to myself my kids are going to absolutely hate me when they’re older, for sharing these things! But you’ve got to hate your parents for something, so here we go: Angelica did her first poo on the potty yesterday! To be fair, I can’t take any credit for it at all because it’s actually Jodi the nanny who has been encouraging the potty thing. (We have her for two days a week, and in that time she basically manages to do everything that we are totally useless at. She’s amazing.)

Anyway, yeah – poo on the potty. I don’t really think she realised what had happened, and she looked pretty disgusted at the poo itself (don’t blame her: it was massive) but it’s a good start. We’re intending on embarking on Potty Training Proper when the sun comes out and we can let Angelica run around the garden with no nappy on. I know this is terrible, but the carpet in our house was the last roll of that particular carpet ever produced (it’s like a gold-flecked shag pile, very seventies!) and we don’t want turds all over it. So garden-based potty training it is.

What else has been happening? Let’s find out! 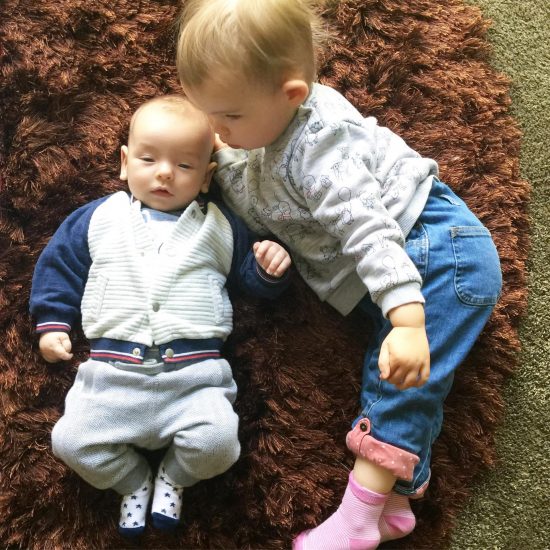 Angelica, now 22.5 months, is now really pretty enamoured with her little brother – “babby”. If he’s on my lap then she wants him to be on her lap, if he’s on the floor on his mat then she surrounds him with “gifts” and/or tries to insert various things into his ears/eyes/nose/mouth. So she has to be watched at all times, but it’s fun. Having two under two is hard, but I can see how it’ll get easier once he’s a bit older. I can already see how she wants to teach him things, even though she doesn’t really know much herself! Though her growing knowledge and understanding is a constant source of wonder to me – she’s like a little information sponge, soaking it all in. You can almost see the cogs turning.

New words? Table (babble), apple (babble!), balloon, mole (don’t ask), fruit, juice, hat, Doodle… Had she learnt dolly last time? I can’t remember! Airplane, car, walk, spider (sort of), poo poo. She says poo poo a LOT. And she watches absolutely everything – nothing escapes her beady eye. Try to eat a naughty chocolate in the utility room with the door shut and she literally sees it through the wall. Superbaby. She also puts breast pads down her top, trying to copy me, and shushes the baby and pats him on the back in exactly the same way that I do! So funny. It’s hard work, but I get so many genuine laughs throughout the day – really gleeful, silly times that make me feel about ten – that I sort of forget that it’s hard work. Admittedly, at about four I’m starting to think about bedtime…

The routine is: 7.30am wakeup, but my husband usually does this part and I wake up with Ted, as he’s still feeding through the night. Milk, then breakfast at about 8.30am, then snack at 11.30am and nap. She naps for between 1 and 2 hours, which is simply marvellous! Lunch, dinner at about 5.30pm, milk at 6.30pm and then bed at 7. If this routine could just stick for another couple of years then that would be great thank you very much indeed. 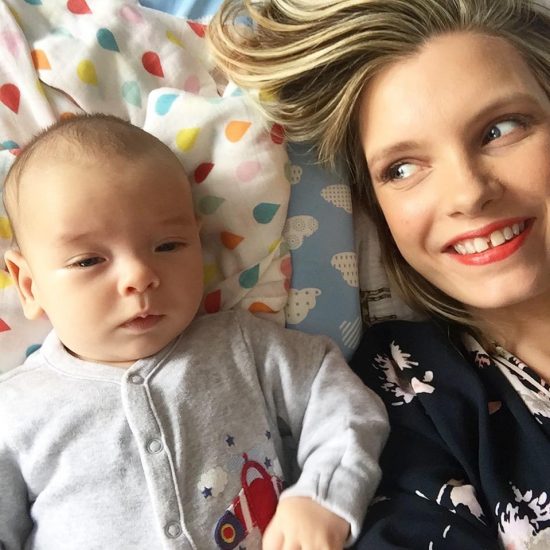 The baby has no routine whatsoever, so thank God that Angelica has one! It’d be chaos otherwise. He sleeps for a solid five or six hours, though, from about 8pm until 2am and then has a feed at 2 and another at around 5am before waking up properly at around 8am. The rest of the day – who knows? Sometimes he’s awake for a few hours at a time, other times he naps through until around lunchtime…we just play it by ear. He’s always been a fast feeder, around ten minutes maximum, but now and then he does a good half hour. With Angelica I used to sit for hours and hours and she’d just keep on going – Ted is more to-the-point! He’s also very good at just settling back to sleep, now – not like the early weeks when he required all of the burping and comforting. That seems like years ago already. Funny how the time flies.

Ted has started to really interact now, with smiles and gurgles and lots of kicking and arm waving. It’s all very cute and I’m properly in love with him – it’s a joy to wake up and have his little eyes staring out at me from the Snuzpod! He’s really quickly grown out of all of his 0-3 month clothes – they are way, way too small, so I need to get my act together and order some new bits. I’ve found that Frugi come up quite large, so I have a few sleepsuits to tide me over, and I bought some amazing Peter Rabbit stuff from Mothercare last week, so I’ll crack that out now that he’s big enough.

What else? Vaccinations done (minimal crying, thank goodness) and feeding seems to be going well, though I need to go and do a weigh-in as I haven’t done that since week six! I could just do it on the bathroom scales, but it’s quite nice to go and see the health visitor, I always think – we lucked out with ours, Dorothea, she loves a good chat and is infinitely sensible and open-minded. 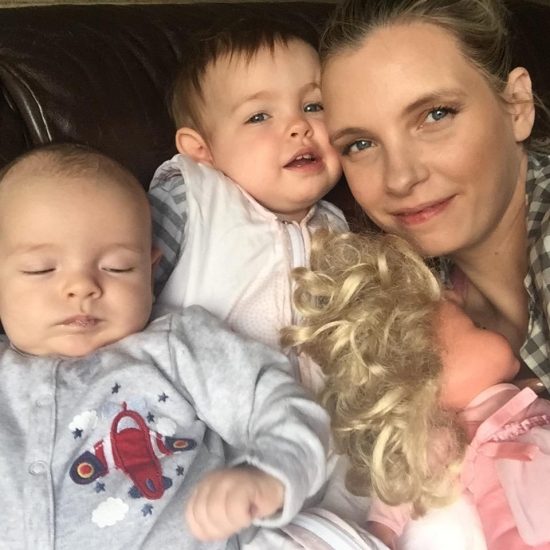 I’ve been very fortunate, so far, that my husband has been at home for quite a lot of the time since Ted’s birth. Or, actually, I should re-phrase that: luckily, his work days have coincided with the days we have our nanny! So I haven’t often had both baby and toddler on my own. I have to say that the times I have, it’s been pretty full-on. Not “lose your mind and start drinking gin” full-on, but I can see how that happens… Just getting everyone up the stairs is a mission! Don’t even start me off on car journeys. Things are additionally complicated by the fact that we also have a dog and a cat, so it’s like some sort of strategy game trying to work out who can be left alone with what. Basically, nobody can be left alone together apart from the dog and the cat, and even that’s debatable!

I feel as though I’m doing okay, though – I’m learning to just take each day as it happens and not have ridiculously high expectations of myself. At first, I tried to WORK in the spare moments that they were napping or when Angelica was occupied, but I soon realised that it was madness to try and do too much. And at any rate, two under two requires total concentration. Otherwise you turn around and there’s a wooden salami poking out of your newborn’s ear, or your toddler is trying to straddle him, making horse sounds.

I’m starting to feel as though I really want to do some exercise, so that’s on my list of important things – even if it’s just a few moves in front of a fitness DVD in the living room. My body feels as though it has lost it’s stuffing. Or actually, it has plenty of stuffing, but none of whatever it would be that holds the stuffing together. I’m about 67% Magnum, 33% cheese and onion quiche. Something has to be done that doesn’t involve cutting down on my treats! Ha. I’ll let you know how I get on. Maybe I’ll do a little fitness series. The other day I was lying on my side, and the raised hip caught my eye. Ooh! I thought. My tummy is totally flat and smooth! I was so pleased, until I realised that the entire midriff was actually pooled like a big flesh puddle on the mattress. It’s as though it’s entirely separate to my person – it needs its own little tote bag to be carried about in. Like a pac-a-mac. How the hell do you exercise that away? Answers on a postcard…