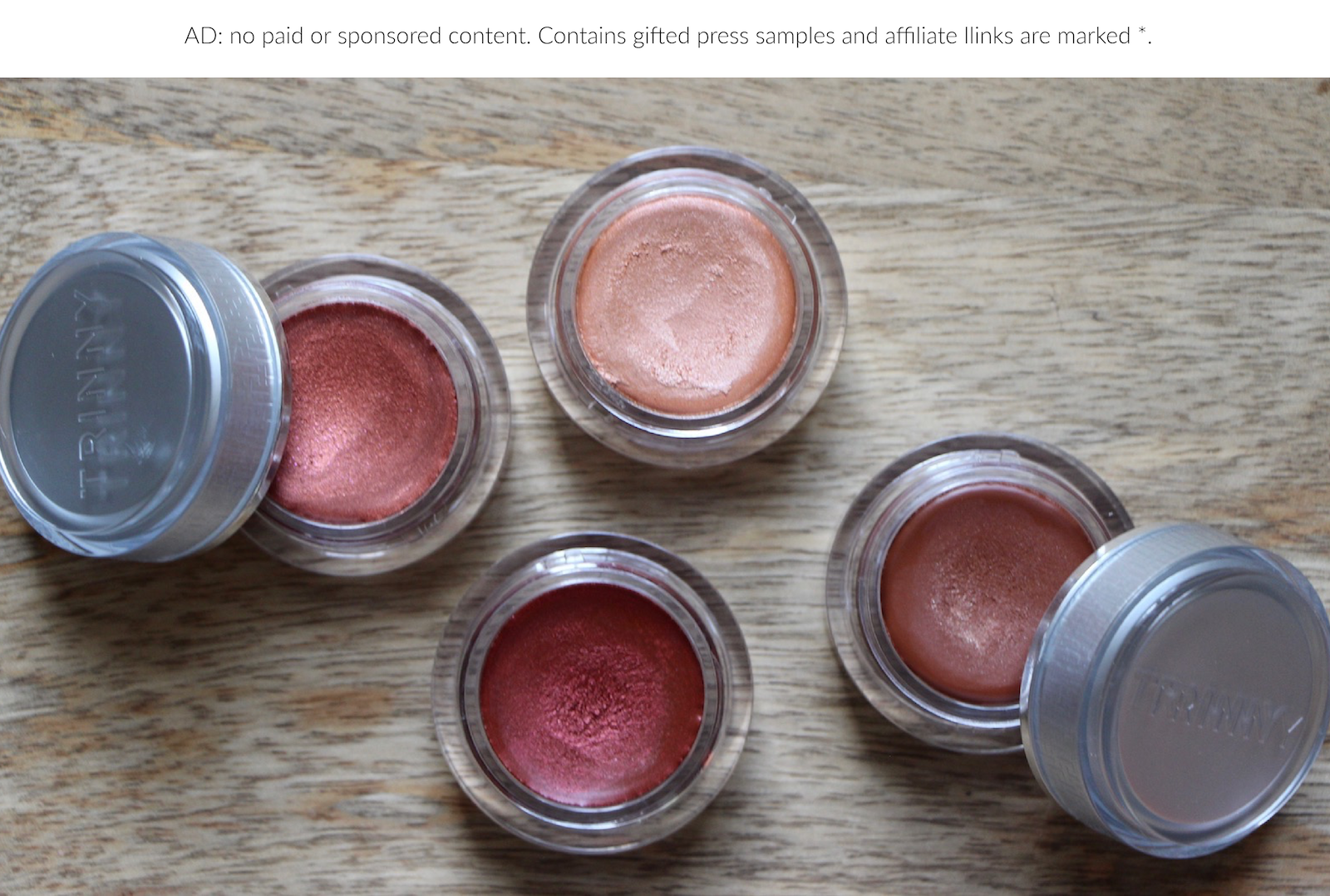 There’s something deeply satisfying about applying a cream eyeshadow with fingertips – it must appeal to the toddler in me. The teeny pots of “paint”, the relatively slapdash approach to sticking a finger in and then swiping it across the eyelid… It’s makeup that feels effortless, despite the fact that it takes about the same effort as using a powder shadow and brush. It feels low-key because there’s just one shade and it seems straightforward because “patting around the edges with your finger” doesn’t sound nearly as difficult as “blending into the crease with a MAC 217.” To my brain, at least, cream shadow application is distinctly untechnical and unscary.

The latest cream shadows to grab my attention are from Trinny London’s Mother Earth collection here*. There are four shadows, two of which are distinctly terracotta in tone, all of which have the classic longwear Eye2Eye formula. Easy on, not so easy off. Don’t get me wrong, there are cream and mousse shadows in pots with far greater longevity (some even require waterproof makeup remover to cleanse them off) but I like the sheerness of the Trinny shadows because it makes them virtually foolproof. You could very possibly put them on in the dark and they’d still turn out OK.

The reason that this collection tickled my proverbial fancy was that I had recently seen a video on Zoe Taylor’s makeup Instagram channel where she had worked magic with a terracotta eyeshadow. You can see the video here – Zoe works with Chanel and so uses Chanel products, but it’s the overall look that I love.

Some shy away from reds, understandably, because they can make you look as though you’ve just been through a month-long acrimonious break-up, but Zoe uses it so well in her video. It inspired me. 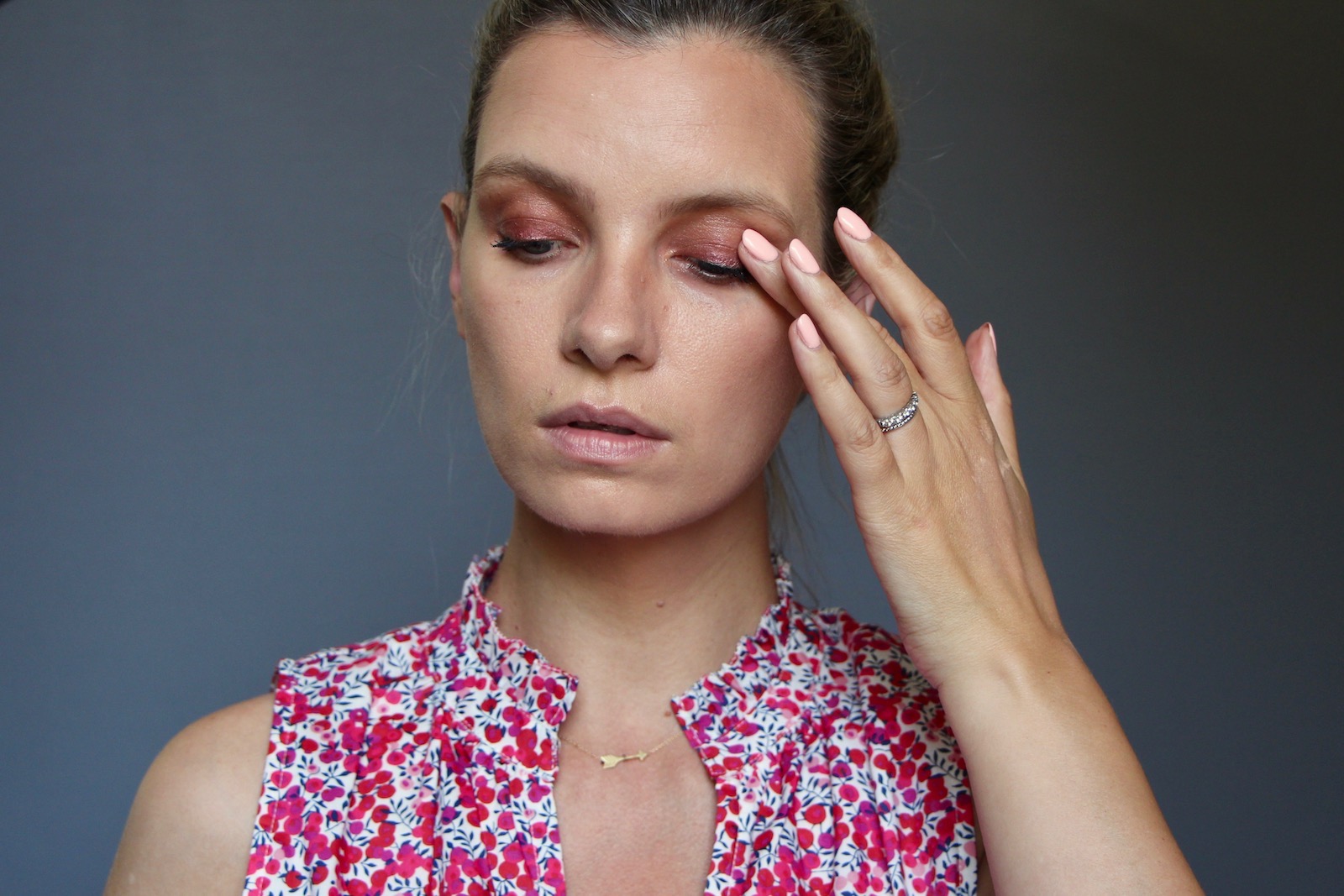 Obviously my own makeup looks nothing like hers but it’s the thought that counts! On my eyes I have Truth (a reddish brown without any shimmer) as a base and then Fortitude on top. Fortitude is the strongest of the four shades and has a real metallic edge to it – it’s a deep metallic burgundy and quite striking. 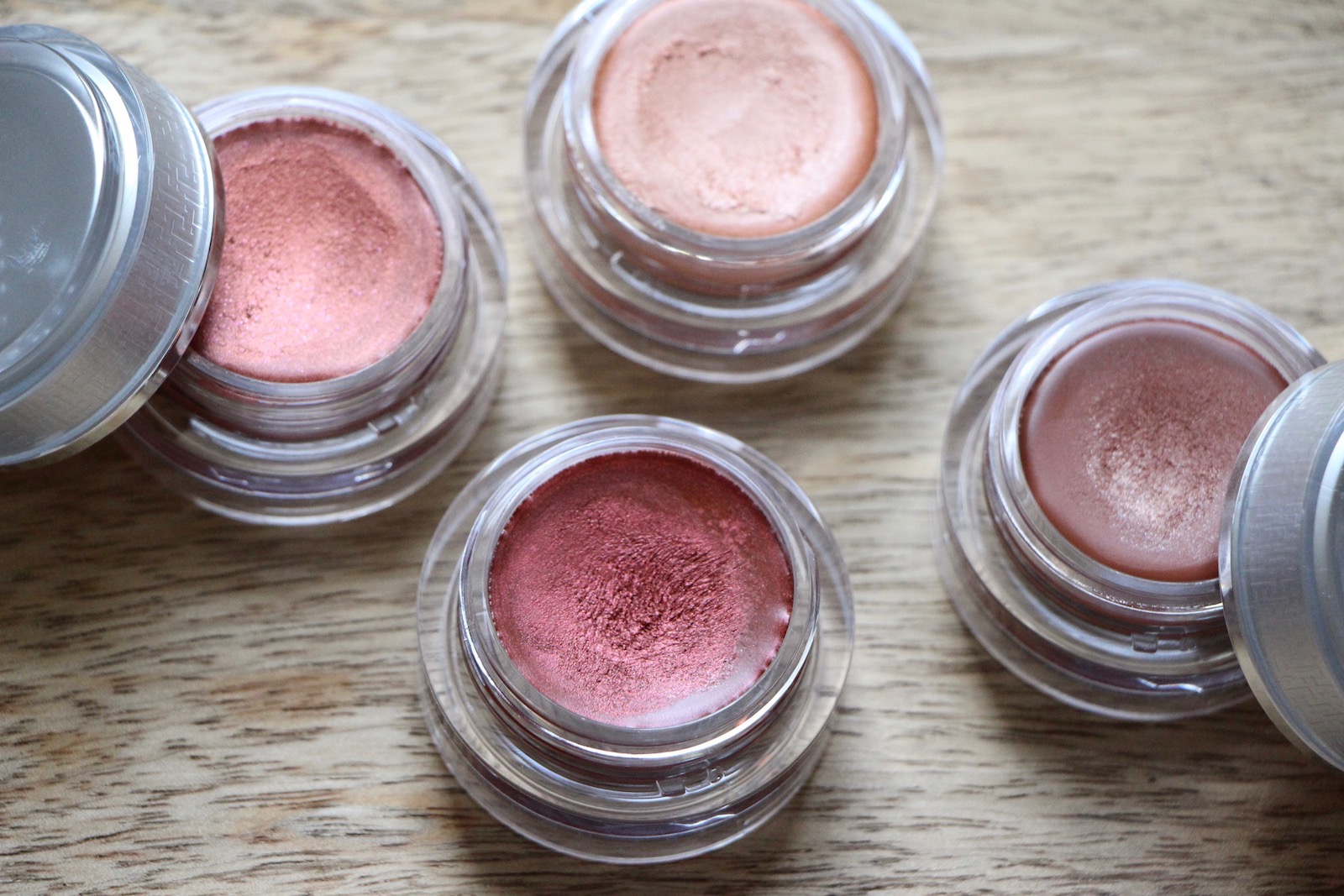 Clockwise from the right we have Truth, the aforementioned reddish brown, then Fortitude, the metallic burgundy. Next pot around the clock is Courage, a pinky metallic copper and then possibly the “safest” of the bunch, Hope, which is a goldeny peach. Very versatile, this one, as it can be used as a base or simply to brighten the lids, it has a little more freshness and zing than a plain golden beige. 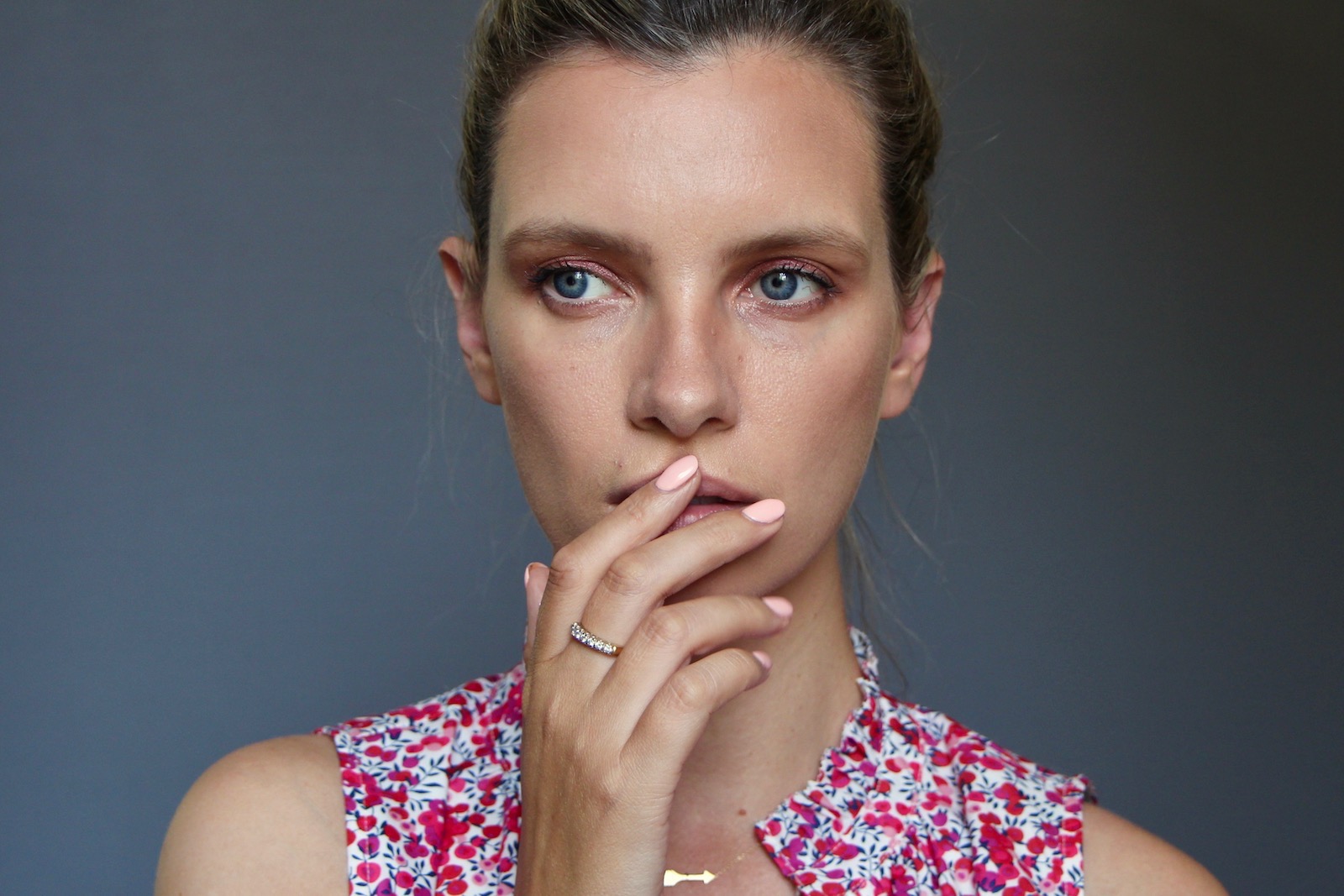 But it’s the less spangly shadow I’ve ended up veering towards for everyday use (funny that, I’m usually so outré with my makeup choices) (note sarcasm); the cream shadow in Truth. It still has a great big whack of red in it but I find it incredibly easy to wear and it’s ever so flattering on skin that has been sunkissed over the summer months.

Thinking about it, these are the perfect shadows for late summer and autumn – they have loads of warmth and just the right degree of sparkle. Nothing overtly festive but they’re colourful enough to keep the spirit of the long hot summer alive. Although I’m probably not alone in wanting to forget many parts of the long hot summer, considering much of it was spent in various states of lockdown!

You can see the shadows in action in my IGTV review here and all four shades are on the Trinny London website here*. They are £18 each and the pots click together to stack for ease of use.

I’ve had loads of requests now for various Trinny product reviews and am currently looking at some bases and cream bronzers, but if you’re after the perfect uplifting blush with just the right amount of pink to perk things up then I can highly recommend Electra, here*.