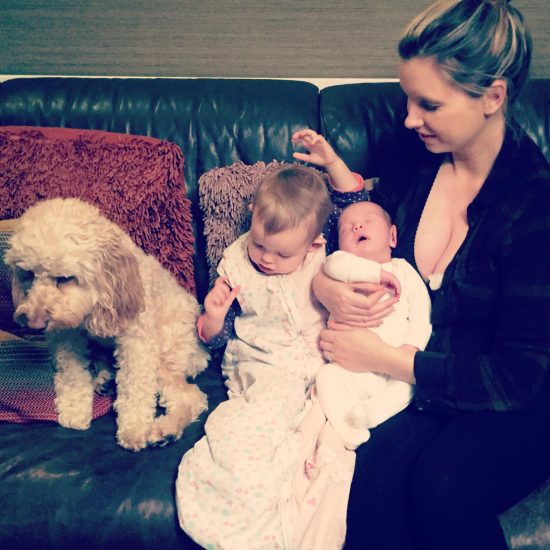 It’s time for the monthly update – but now there’s an extra person to figure into things, “two under two”, the format has changed slightly. Updates used to happen on monthly anniversaries of Angelica’s birthday (17th), but now we’ve swapped to New Baby Ted’s birthday (3rd), mainly because I couldn’t get it together to write an update post two weeks ago!

Lots to tell you – though I have a dozen posts waiting to be edited and published, so if I miss anything out here then it’s probably because I’m covering it elsewhere in more detail. Here goes… 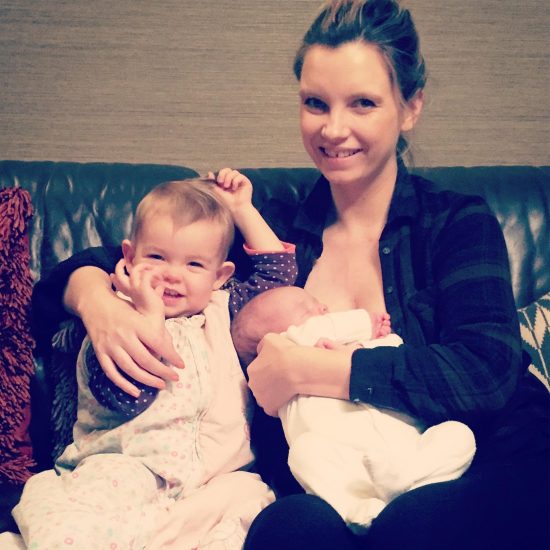 Angelica – now 20 months old –  is coping with having a new baby in the house admirably well. She’s actually had more attention than usual, what with my parents being here at the start and then my husband being at home and our nanny doing a few more days this week and next to help out. The only big change for her, I think, is that she’s seen far less of me and so when she does see me she’s a bit more clingy. (But secretly I love that!) Not being able to pick her up because of the c-section wound has been slightly distressing, because she does like her cuddles and her fireman’s lifts, but I think that she’s just about understood now that I can’t lift her – though it’s only a couple more weeks until I’ll be firing on all cylinders again.. (I’ve actually picked her up a few times, either out of necessity or because I’ve forgotten I’m not supposed to, and my bowels didn’t fall out of my body so that’s all good.)

In terms of developments and learning, she’s coming on leaps and bounds. She can say: cup, bowl, fork, tree, Dexter, Ted, Baby, Mama, Daddy, bye-bye. Cheese, quiche, keys and please, (all of those sound the same!), squeeze, heave (don’t ask), beep-beep, choo-choo, bear… And then all of the animal noises for cow, pig, sheep, hen, bird, dog, horse, elephant, lion, frog, bee, cat, duck… It’s great fun! Sometimes there are frustrations when she wants something and is making noises but you can’t tell what the hell she’s saying – we go around the kitchen pointing to about a million things before she finally nods her head and there are often tears of frustration before we reach that point. “Cheese? You want cheese? Face wipe? You want the cake tin? No? The cat? You can’t have the cat! What, you want the tree? The yoghurt? The water? The biscuits? The quiche? Daddy’s keys?” And all the while she’s just sitting there, getting redder and redder in the face, shouting “sheeeesh! Sheesh!” as though we’re complete imbeciles…

Earlier in the week we went to Tumble Tots and she loved it! I mean, she went completely insane with glee! So we’re off to Toys R Us to buy her a fabric tunnel, because she seemed to be through that a lot, and I’m signing her up for a block of classes, though I’m slightly anxious about taking Ted and him needing feeding in the middle of the class, because it’s all quite hands-on and you need to be actively following your child about like some sort of deranged servant. So I’ll let you know how we get on when I’m flying solo, without nanny! 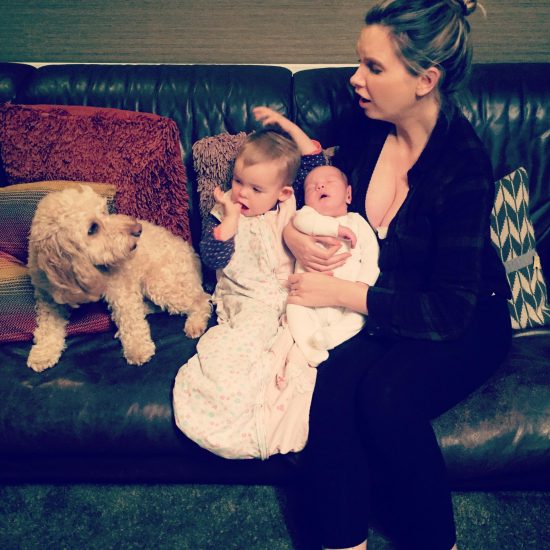 Ted is four weeks old today, weighs 10lbs 13oz and I have no idea how tall he is as I can’t find the tape measure. Sixty-something centimetres, I think, last time he was measured – does that sound right? The red book is somewhere but I can’t be arsed to move out of bed. If I do, the bedside crib will rock and he might wake up and then I won’t get any work done! I have lots of newborn-specific posts coming out soon so I don’t want to repeat myself, but I’d say that the main challenges over the past four weeks have been pretty standard: re-learning how to breastfeed (because even though it’s only been eight or so months since I last did it, Ted obviously didn’t have a clue!), re-learning how to survive without sleep and trying to cope with recovering from the c-section at the same time as looking after the baby.

I’ll admit that two weeks ago I was very low – not depressed, I don’t think, but incredibly overwhelmed. Everything hurt, I wasn’t getting any sleep and I felt really sad and guilty that I wasn’t spending as much time with Angelica as I usually would. I think that I expected to recover very quickly from the birth this time around, and I didn’t – it was just the same as last time, really. So I set the bar too high and failed to meet my own high standards. (Lesson: don’t set any bar, don’t have any standards!)

But Ted is an absolute dreamboat – he’s very similar to how Angelica was, actually. Very chilled out, apart from he gets the same trapped wind problem as she did, which means lots of pained crying and whinging between feeds, usually at night. Fine if he’s held, not so fine if he’s lying down flat, very frustrating when you’re tired and it’s 3am and you haven’t had any sleep yet and NOTHING WILL MAKE HIM STOP CRYING. Oh, he also likes to have a little vomit every couple of days, which was such a shock as Angelica wasn’t ever sick for the first year. Maybe once? Yes, when we were on a packed train at Liverpool Street! I remember that very well – I was absolutely covered in vom.

Anyway, I tried some Infacol last night and (fingers crossed) we had a much better time of it. I wasn’t too keen on putting anything into the baby that wasn’t breast milk, especially as the fluid smelt so artificial and orangey (like a newborn knows what orange flavour is? What’s the point?!) but if it helps him out then so be it. If there are any more natural remedies then let me know – I need to do some research on that, actually, so I’ll save my Googling for the night feed tonight. 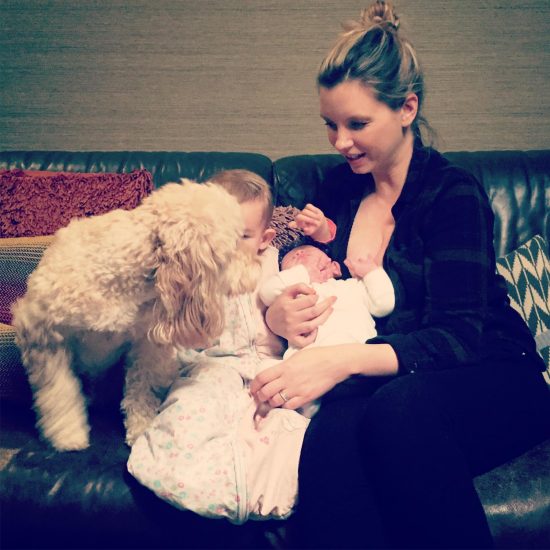 I do about eight or nine breastfeeds in a 24 hour period, though some days maybe more or less – sometimes he just snacks and comes off again after a few minutes, though I try to not let him do that as it’s not the creamy, nutritious milk at the beginning and I remember with Angelica that her poos turned green for a few days when she wasn’t feeding properly. But Ted seems to be gaining weight well – at least the health visitor was very pleased – and his latch has always been good, mainly I think because I got his tongue tie sorted on day 3 rather than a week or so in, which is what happened with Angelica. By the time Angelica’s tongue tie was snipped I had cracked and bleeding nipples from days of her not latching properly! So that was a priority for me this time around.

What else? I can’t think of much else that won’t be covered in my upcoming posts – but in general, things at four weeks are a world away from how they were at two. A fortnight ago I just couldn’t envisage anything ever being “normal” again – I felt trapped in the bedroom, tethered to the baby, crippled with my various pains and ailments (just about every body part had something wrong with it!) and now I feel a lot more positive. I’m beginning to realise that with motherhood there is no such thing as “normal” – the situation changes almost daily and you just have to go with the flow. If you try to compare your new life with your old life then things become overwhelming and, though it’s such a cliché, I think that you really do have to take it one day at a time. 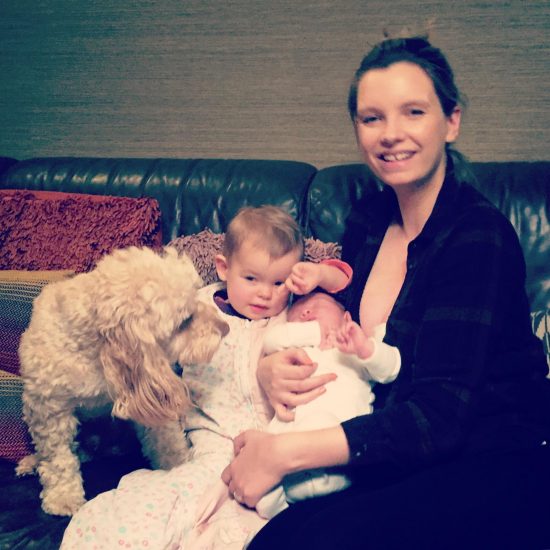 Yeah, what about me?! Ha! I feel as though you get ignored a bit as a Mum the second time around. I was virtually pampered in hospital the first time in comparison to the second! “Oh? You’re sat there in a pile of puke? Here’s a cloth. See ya later.” You can read about my c-section and recovery in the birth story here and recovery post here, but everything was quite straightforward and as-expected, although I think that I had wiped much of the scar/wound stuff from my memory because it freaked me out this time just as much as last time! I’m really no good with cuts and sores and stitches and all that sort of stuff, and I can’t say that I’ve enjoyed having to check my wound and bathe it and dry it. Gross. It split open a bit (about an inch or two) and that set me back quite a lot, mentally, because I didn’t want to move or bend or stretch and so took to my bed for days on ends, festering in my milky nightdress and generally feeling very sorry for myself. 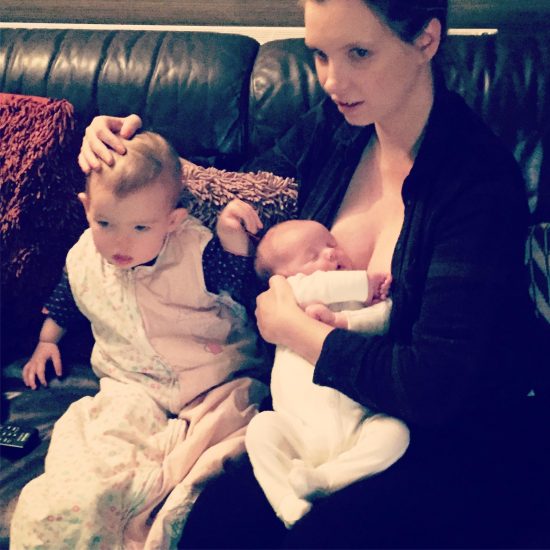 Also I’d forgotten just how massive your tits get when the milk comes in, and how much it hurts when the baby needs to feed but you’re stuck in the car in traffic or what have you – oh my God! Giganta-breasts! Big milky boobs do not make for a flattering body silhouette either, I’m still in maternity clothes or big baggy sweatshirts and cardigans, and the only bottoms I can wear are my leggings (which are almost threadbare at the crotch!) or my cut-off yoga harem pants. Which means that if I leave the house, it has to be the leggings, because it’s too cold for shorts. I’ve done a big ASOS order with ten pairs of high-waisted jeggings in various sizes, so perhaps if one of those can be stretched over my massive flab-gut then I’ll have two outfit choices! Woooo!