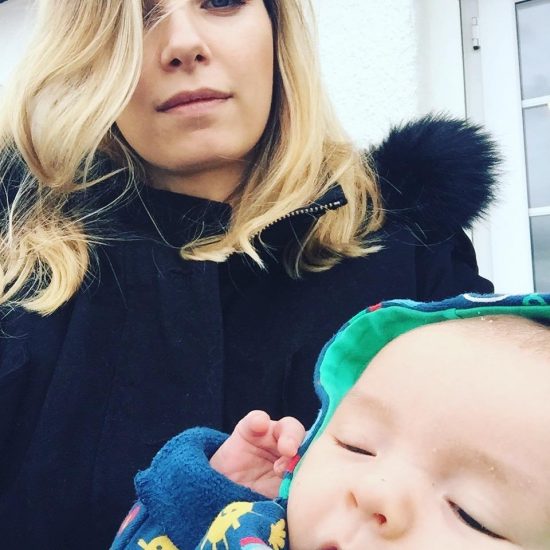 I wrote the post that begins further down the page when I was twenty days post-partum, and completely forgot to publish it. Looking back, I had no idea how completely low I was. I feel great now, but it’s so worrying that even with lots of support you can feel completely overwhelmed – people close to me have said “oh I’m so glad you’re better” but I didn’t even realise that there was anything wrong with me!

Thank goodness I had lots of help in the first few weeks – I’m still getting lots of help, I haven’t really had to do a day on my own yet and the New Baby is six weeks old. I think had I been looking after both a toddler and a newborn I’d have felt far worse – to be honest, I don’t think that I felt depressed, it was more that I was overwhelmed by how tired I was and how many different ailments I had. You could say that it was more physical than mental. I felt as though my body was completely out of my control!

Post-partum is a bizarre time; I don’t know whether it has been like this for other people, but I feel as though one day you can be the lowest you’ve ever been and the next you feel as though you’re untouchable, like superwoman. That anything is possible. And you make all of these plans for world domination from the (relative) comfort of your bed, but when you try to execute them you realise just how limited you are. In time, in energy, in health. 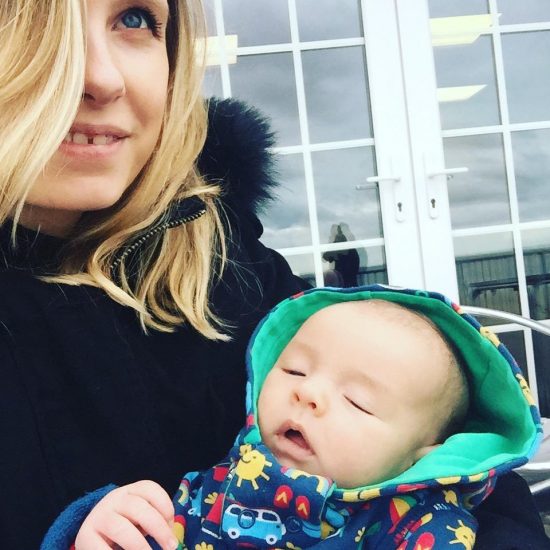 Now at six weeks post-partum I feel mostly marvellous. I’m not “back to my old self” by any means; I’m more tired and my body needs some healthy food and a bit of fresh air, but I’ve been out to the shops and to Tumble Tots with Angelica and I’ve cooked, had people over, been for a long walk, done quite an astonishing amount of work on my laptop and worn jeans, if only for two hours. I feel as though I’m on my way to getting back to – if not my old self, then a new version my old self.  And that new version is going to be marvellous. Who needs to get back to their old self? (Wouldn’t mind the flattish stomach back and a some extra sanity but apart from that…)

Here’s what I wrote a few weeks ago at what must have been a bit of a low ebb:

“Frustrated, overwhelmed, stressed, anxious; not words I thought I’d be using to describe my first few post-partum weeks. I’ll be honest, I thought that I’d be breezing through them, what with it being my second baby – no surprises, breastfeeding technique already practised and perfected, support network (husband, parents, nanny) pre-organised. But I’ve been totally bowled over by just how hard I’ve found it, adjusting to a new baby again – the sleepless nights, the fear of the c-section scar bursting open (had forgotten about that particular mental horror!), being cooped up in the bedroom whilst the sounds of life continuing as normal can just be heard through the closed door… People telling you to “sleep when the baby sleeps” but not realising what it does to you, to your mental state, to be awake on your own all night and then to sleep all day. To basically have no real human contact, apart from with a tiny, beautiful creature who only knows how to voice his disapproval and has no way of saying “well done Mum! You’re keeping me alive and I really, really appreciate it.”

On some days, (usually when there’s been sleep the night before) I feel as though I could genuinely conquer the world. I make lists as I do the first breastfeed of the morning – I plan activities to do with Angelica, I look at ideas for meals I might cook her and search the internet for Tumble Tot timetables and swimming lesson details. I draft blog posts, eat hummus and salad instead of desperately wolfing down chocolate and biscuits, I think to myself, you’ve got this. This mothering thing. Who the hell said it was hard?

That’s usually at around 8am, but by 10am I’ve crashed out – tired, weepy, c-section scar smarting, boobs leaking milk, hearing Angelica having fun but too exhausted to heave myself out of bed and join in. Was it this hard the first time around? I didn’t even have a place to live, for Angelica’s first three or four months! Surely that must have been more stressful? But I think that I took the recovery in my stride because I didn’t know what to expect – leaking milk, blood, whatever else and basically living in a half-awake stupor, getting through one hour at a time, I had no real expectations and hadn’t set myself any goals. This time, I think I set the bar too high – I imagined myself going out with the double pram after a week or so, sitting in a cafe or at Pizza Express, I thought that the baby would sleep for three hours, feed for one, in a regular pattern.

How naive! How quickly you forget what life with a newborn is like: completely all-consuming. They don’t want to latch on, they just want to be held, then they want a feed but they don’t feed for long, so you can’t sleep because you know they’ll want a proper feed soon. Then they feed and they’re sleepy, but you can tell they need changing and you don’t want them lying in their poo, so you change them and it wakes them up, and before you know it you’re at 3.30am and you got into bed at 10pm and half of the night has disappeared… 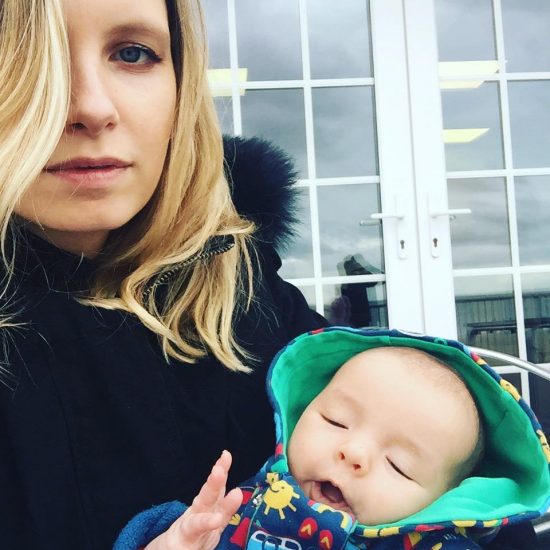 And I haven’t even had to look after two on my own yet – I’ve been extraordinarily lucky that I’ve always had someone else here. Mostly my husband, but when he’s been working then various family members, and our amazing nanny who does two days a week… I mean I do see Angelica, but I can’t pick her up, can’t lean down to the floor to change her, struggle to dress her if she needs her trousers pulling up or her wellies taking off. I can’t bath her, get her out of her cot or put her into it, I can’t lift her into her high chair or chase her around the garden. I’m feeling so incredibly helpless and I keep thinking that she’ll remember these weeks and wonder where I was. Which is ridiculous, isn’t it? But at the same time, I’m anxious about how I’ll cope when I do have both of them! Perhaps because I still feel so crap, body-wise, I can’t imagine ever having enough energy, or feeling brave enough to lift something heavy, like a toddler – how on earth do people cope?!”

If you’re feeling low, post-partum, there are people who can help. My health visitor was very good at keeping tabs on my mood, and they are able to put you in touch with someone you can talk to if you (or they) feel as though you may have postnatal depression. The Association for Post Natal Illness have a helpline and loads of resources, their website is here.