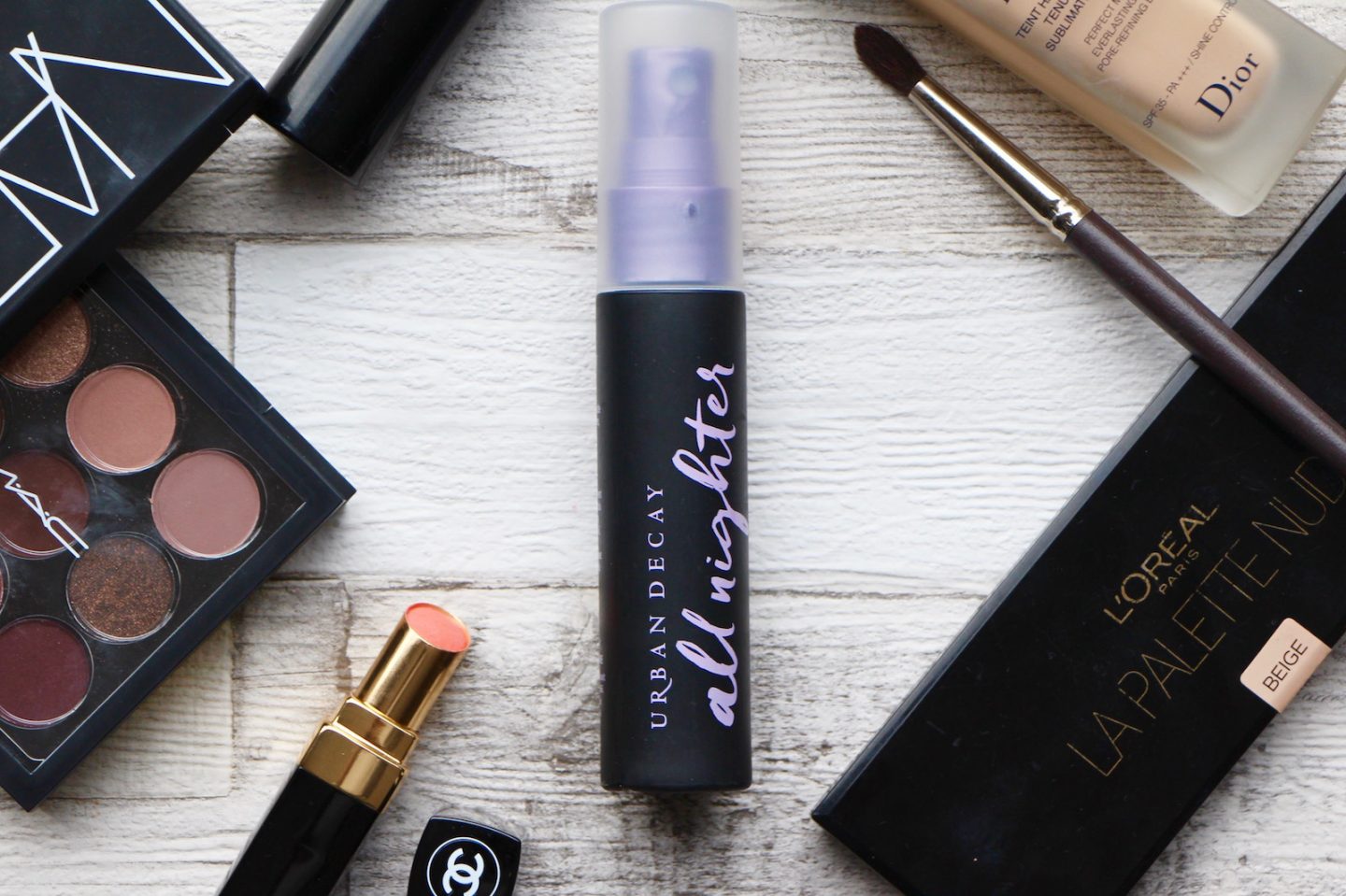 Imagine if you could fix your expression to your face and make it last all day. Smile, grimace, frown; choose your mood and then lock it into place. It would be so handy for weddings if you could smile once and then freeze it. Or, for a serious occasion – something like an important meeting – it would be great if you could have yourself an attentive sort of look that would stay in place for the duration. You could have one of those little frowns going on, so that to the casual observer you would look as though you were concentrating, but inwardly you would really be chortling away at funny pictures on Instagram.

Or, wow, I’ve just thought of a good one: you could fix your eyes open so that you appeared to be awake, but really inside you’d be asleep! Fancy looking all wide-eyed and perky throughout a three hour budget meeting, but really you’re snoozing. Marvellous.

I suppose you could run into problems, though, couldn’t you? With a fixed expression. I can imagine a confrontation between drunks at the very end of a wedding reception, with one guy grinning away like the village idiot and the other (I like to think he’s wearing a kilt) taking offence.

“No, I honestly can’t stop smiling! I’ve fixed my expression!”

“You need to wipe that smile from your face.”

“Wipe it from your face, or I’ll wipe it for you.” 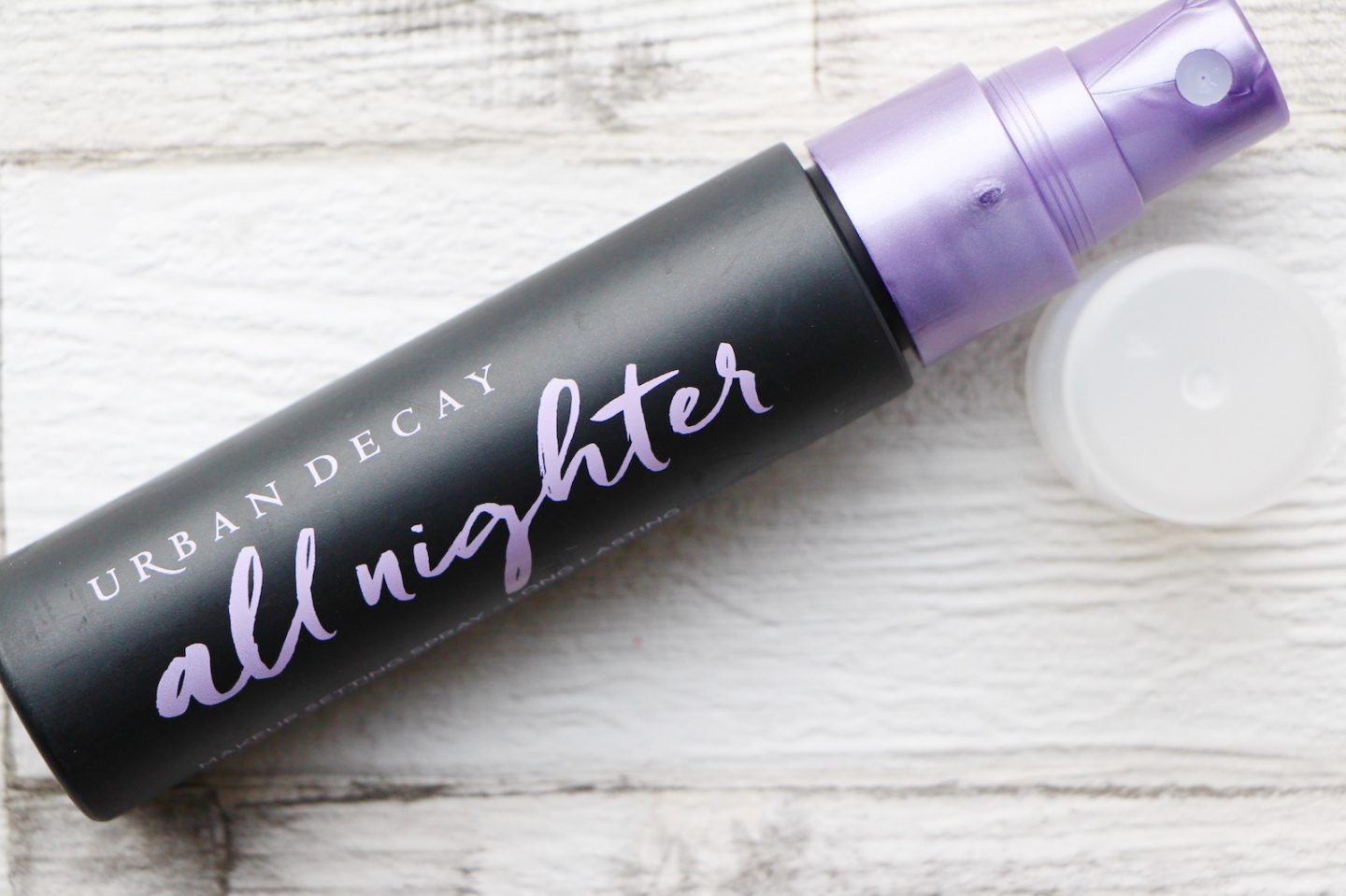 Anyhoo, Urban Decay’s All Nighter Makeup Setting Spray won’t quite fix your expression, but it’ll set just about everything else. I’ve never really been in a rush to test out setting sprays, mainly because I tend to go for quite a natural look and I rarely need my base to last longer than the usual eight or so hours. In my more spirited days it could have been quite useful – close, humid environments and enthusiastic drinking sessions tend to play havoc with a full face of foundation and bronzer and so on – but mostly I welcomed the rock and roll vibe that came along with smudged eyeliner and a “dewy” skin finish.

I have, however, become something of a convert after trying the All Nighter setting spray. It invisibly holds everything in place – base, bronzer, blush, highlighter, concealer, eye makeup – and stops everything from becoming patchy and blotchy over the course of the day. Or night. If you have problems with your base sliding or becoming cakey after a few hours of wear then (apart from trying out a good primer, which is always a sensible place to start) a few spritzes of All Nighter might just do the trick.

I’ve used the Urban Decay Makeup Setting Spray on a number of occasions now, doing some rather out-of-character stuff in order to test it to its limits. I think the best one was running around the garden like a lunatic last week when it was about thirty-three degrees. I must have done eight or so full laps, pushing Angelica in her little pink car, before collapsing onto the picnic blanket for a twenty minute disco nap in full sun. (Yes I was wearing SPF50.)

I then went into town for an event, spent an hour on a sweltering train with sweat dripping down my cleavage, speed-walked with a pram through Shoreditch, sat in a baking hot private dining room and then repeated it all in reverse, and when I got home my makeup looked pretty much the same. Urban Decay say that All Nighter gives up to about sixteen hours of wear, keeping makeup looking fresh and neat. I suppose that makeup would usually look good for around four or five hours anyway, depending on the conditions, so you’re prolonging wear by over ten hours. I mean my face really did look almost as good as it had when I’d first applied the makeup that morning…

Impressive stuff. The setting spray does leave the skin ever so slightly tight, or perhaps glazed is a better description, but it’s not too noticeable. Not like spraying your face with hairspray, which used to be the standard method of makeup fixing… I find that I’m now having a little spritz of the All Nighter even if I only need makeup to last the course of a normal day – it seems to stop concealer from creeping into fine lines, and further on up the eye area, shadow appears to stay in place for longer.

You can find the Urban Decay All Nighter Setting Spray at FeelUnique here* – it’s £23.50.