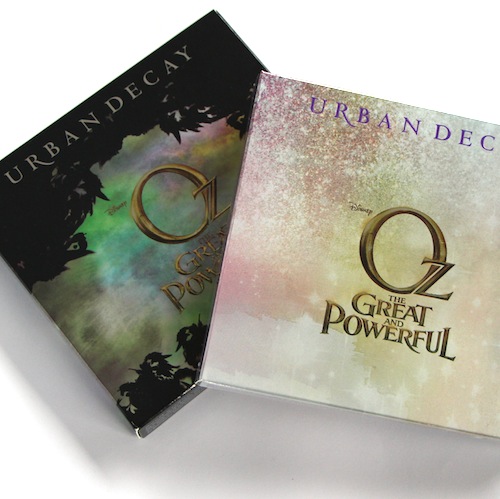 Well these palettes from Urban Decay are a whole bunch of fun! They’re being released ahead of the Disney movie, Oz The Great and Powerful which is set to be one of the biggest blockbusters of 2013. It’s going to star Michelle Williams as Glinda (good witch, sickeningly sweet, blah) and Mila Kunis as Theodora (sexy, strong, red-lipped witch – yay) and the two Urban Decay palettes are named after their characters. 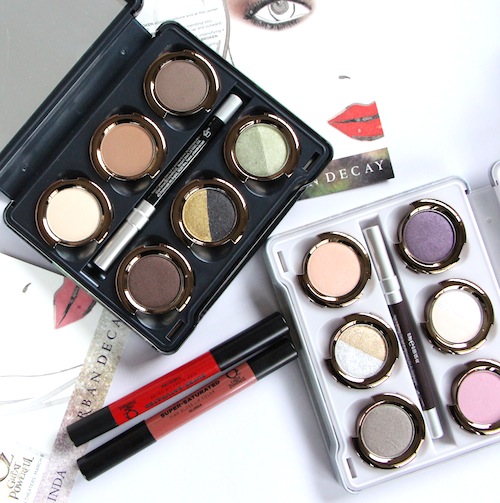 You can probably tell WITCH IS WITCH (geddit?) by the colour schemes; Theodora’s palette is darker and smokier than Glinda’s and has a fiery red super-saturated lip colour rather than a neutral tone. Each palette comes with six new eyeshadow shades, two of which are duo-shades that are more of a bonus inclusion rather than anything that’s essential for the witchy “look”. Both palettes come with a get-the-look card that’s actually very comprehensive and easy to follow – I’ll be creating one of the looks in a video soon, probably the Theodora (bad witch) one because I love the sultry eyes. 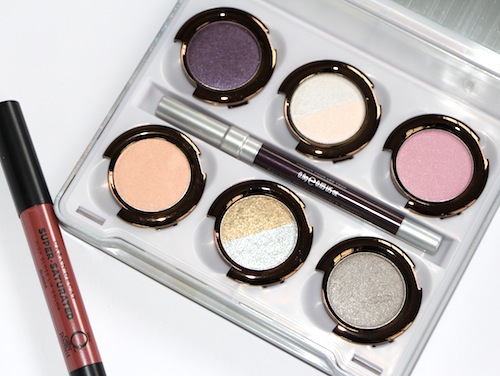 Here’s a closer look at the Glinda palette – the shadows are quite sheeny and pastelly, though there’s also a deep purple (top left) called “Tornado” that packs a punch. I really, really love the peach shade (lower left) for brightening the lids – it’s called “Illusion” – and lovers of frosted shadows will enjoy the duo on the top row, “Aura”. Glinda’s get-the-look actually uses most of these shadows, except the Duo on the bottom row, “Oz”. If you’re into a pretty, springtime eye then you’ll find this palette very useful. It also comes with a purple 24/7 eyeliner pencil (would stay on through a sauna session) and a super-saturated high-gloss pencil in a beautiful pinky-nude. 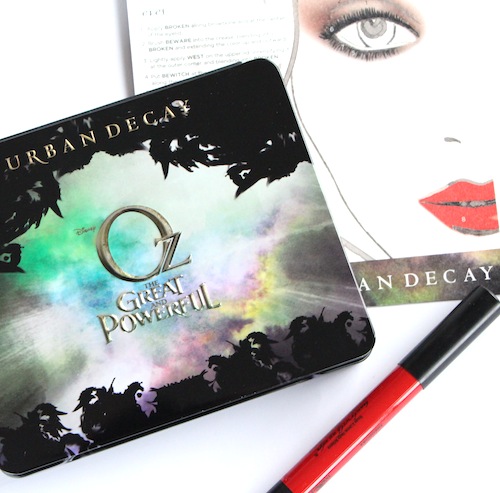 The Theodora palette is more interesting to me, though. Probably because I love neutrals and smoky eye colours and so I think I’d get more use out of this, but also because I love the quite retro pairing of a dark eye with a bold lip. It’s a little bit eighties, a bit Addicted to Love, and totally, one-hundred-percent sex-siren. 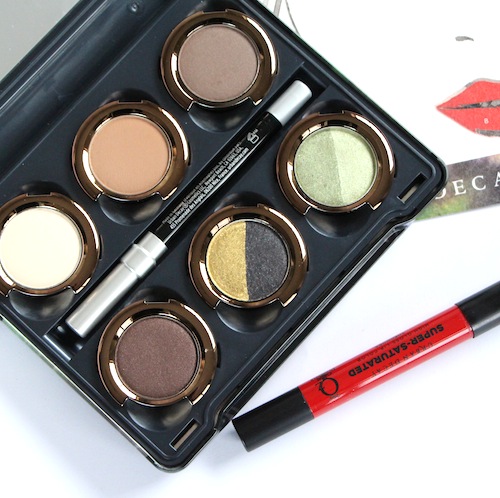 There are three incredibly handy matte shades across the top row; “Broken”, “Beware” and “Bewitch”. These are used to create the smouldering eyes and also a touch of deep, shimmering brown from the bottom left – “West”. The get-the-look doesn’t use either of the shadow duos (“Spell” and “Jealous”) but I think that they’re fun additions. You can pop out any of the shadow pans anyway, so you could swap in some of your favourite shades from elsewhere if you wanted to. I love the gold and navy shimmer duo, though, that could be put to great use! Theodora’s palette comes with a 24/7 eye pencil in “Zero” (jet, jet black) and a super-saturated pencil in brightest red.

Both palettes have large mirrors in the lids and, as mentioned, the pans can be popped in and out should you want to mix things up a little. I think that this is a really fun collaboration and pretty good value for money too. Bought individually (which is impossible, as they are new shades for these palettes) the shadows are about £14 each. The lip colour is also £14 and you get that and the half-size eye pencil as well as the six shadows. Cost? £35. I’ll let you know when they’ve dropped into Debenhams at the end of the month but I’ll pop a video up before then and attempt to recreate the Theodora look!