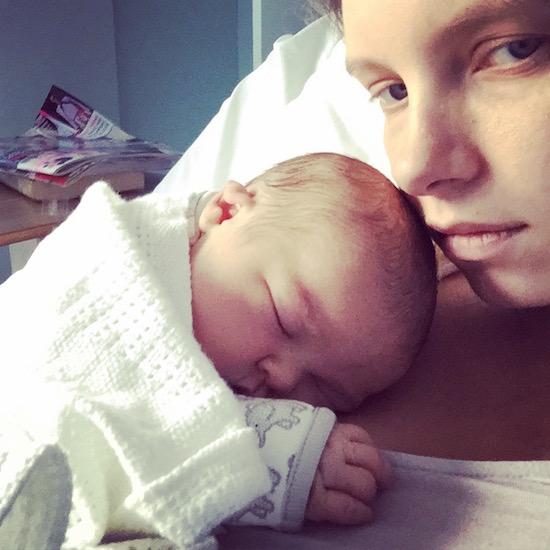 Oh I’m having a right old quandary at the moment. This VBAC vs Planned C-Section business. It’s getting near to the time when I have to decide how I want to give birth and all of the powers that be (namely whoever I see for my ante-natal appointments) won’t stop banging on about VBAC, or “Vaginal Birth After Caesarean”. Tomorrow I have to go to a special VBAC class, otherwise I can’t even see a consultant to talk about another Caesarean.

Now listen: I did not want a c-section when I gave birth to Angelica. I wanted a water birth and – although I tried to keep an open mind, because I know things don’t always go to plan – I read the natural birthing books, I practised my breathing, I listened to some berk on my iTunes telling me to “breathe baby out through my vulval petals”. I envisaged the birth being very hard work, painful, but joyous and I really really hoped that I would be able to labour, deliver and get the hell out of the hospital within a day. I hate hospitals, I hate machines, I hate needles and I hate hate hate the idea of catching something whilst in a hospital. I’m almost hospital-phobic, but not quite. Borderline.

So that just gives you a bit of background as to the first C-Section I underwent – somewhere, there’s a birth story sort of post, I shall find that and stick a link in HERE should you wish to read it. The C-Section was a last resort – labour had stalled, nobody had spotted that I had a breech baby and the baby was showing signs of distress. So, after waiting a few hours for my digestive tract to clear (I’d eaten some Tracker bars that morning to “keep my labour energy up”!), in I went to have my baby delivered out through a cut in my tummy and I must have been the most panicked, weepy and annoying patient ever in the history of C-Sections. I panicked at every single stage whether they were shaving off the top bit of my pubic hair or messing up the cannula that needed to go into my hand. (Honestly, the cannula was the worst part of the whole thing, I reckon – it really was cocked up quite badly.) Not that I was ungrateful about any of this – I knew it needed to happen (labour had stalled, there was no way I was naturally delivering a breech baby, not on their watch!), it just wasn’t the way I wanted things to happen.

But hey-ho. You just have to get on with those things, don’t you? The question now, is what do I do for this birth? Let me talk you through my crazy mind-ramblings.

On the one hand, I would LOVE to be able to have a natural birth. Not because I’m some natural birth warrior hero who wants to “experience the joys of birth” and definitely not because I feel as though I “missed out”, but because the recovery would be so different to that of a C-Section. (With any luck.) I’d be able to pick up my toddler, I’d be able to drive and – hopefully – I’d be in and out of hospital in a much shorter amount of time. Did I tell you I hate hospitals? The thought of another C-Section terrifies me, because I know what to expect and I’ll ruminate and work myself into a frenzy about the catheter and the cannula and the injection going into my back. (I know to many people all of that’s small-fry, but I’m such a panicker in situations that are out of my control. I also have a morbid over-active imagination. It’s a long-term problem.)

On the other hand – and this is where it gets complicated – the VBAC success rate at my hospital is less than 50%. So, in other words, just under 50% of women do manage to have a vaginal birth when they’ve previously had a C-Section, but just OVER half end up having an emergency C-Section. Now forgive me for being melodramatic, but WHY THE HELL WOULD I RISK THOSE ODDS? So you’re telling me I can go into labour naturally (doubtful, because also this hospital has a 69% induction rate, the national average is 31% – they seem to be quite trigger happy with the old inductions!) but then I only have a fifty percent chance, not even, of seeing it through? That it’s quite likely that I’ll be rushed into theatre, Casualty style, with people shouting about bags of blood and saying “pass the scalpel” and all of that malarkey? Nope. That’s not for me, ta ever so. If there’s a choice between an emergency section and a civilised, at-your-own-pace, do-finish-your-sandwich-and-coffee-Mr-Surgeon sort of section, I’ll take the latter.

Now many might be thinking, at this point, Jesus Christ woman, look on the dark side why don’t you? What’s to say YOU won’t be one of the fifty percent (ish) who have a successful VBAC?

I’ll tell you why. Big baby. Angelica was 9lbs 11oz and – apparently, according to the consultant, who said afterwards “oof, you’d never have got her out the normal way! – you carry just as large or larger with subsequent pregnancies. This one could weigh a whole stone for all I know! And I can’t say that his words filled me with vaginal confidence. He might be totally wrong (Midwife the other week: “Oh what nonsense, all women can birth the sized baby they carry, you’re designed to do it!) but then again, I’d hazard a guess that he knows what he’s talking about. He’s delivered a fair few babies.

So you see my dilemma – I hate hospitals, I hate needles, I hate anything interventiony, but I want to have the safest birth possible and I really can’t be doing with labouring naturally only to have a half-half chance of needing an emergency section. I feel as though every time I go to any appointment or read any literature, the VBAC option is being forced upon me and that I’m a wet blanket for wanting a scheduled C-Section, but on the other hand I’d love not to have to be hooked up to a bag of my own wee in a hospital ward filled with people crying and discovering they need blood transfusions and then going a bit dotty in the middle of the night. (Don’t ask, it happened. Someone went totally bonkers on me during my second night’s stay on the labour ward. I couldn’t get out fast enough.)

Off I go to my class tomorrow. I’ll go armed with a list of questions and report back. If you have any questions of your own, leave them below and I’ll try and get an answer. One of the things that’s bothering me is that when I did a similar sort of class at the Birthing Centre, where they promoted natural birth and the avoidance of intervention and so on, they said to avoid the Labour Ward like the plague. “Stirrups, Stuck on Your Back, Stalled Labour” they said. But now, the same-ish group of people are trying to tell me that a VBAC is a good idea, but because it’s high risk it’ll take place on the Labour Ward. So, the very thing that I’ve been told to fear! None of it makes any sense!