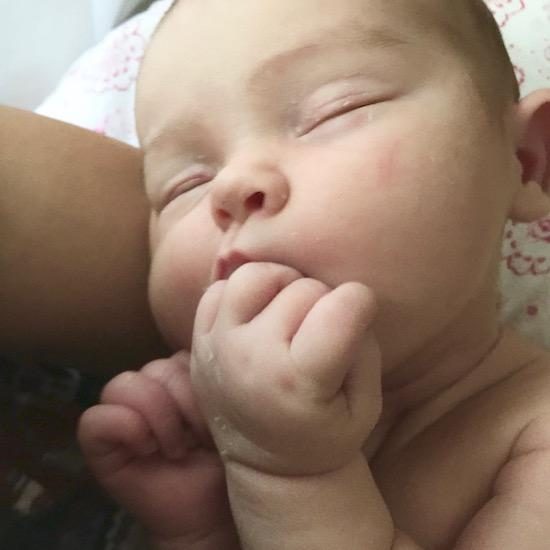 I’ve come to a conclusion about the whole VBAC thing. You’ll be pleased to know. Bloody good job, really, as the baby could be here at any minute, surprising me before my elective section! This post is going to be a bit over-honest, I’m taking myself well out of my comfort zone in a sort of pseudo-pyschotherapy session, but I think that what I’m going to say needs to be said. Because despite all of the pros and cons I came up with in my head for elective c-sections and VBACs (vaginal birth after c-section), it all boiled down to one thing (brace yourselves):

I felt as though I would be copping out if I don’t try for a VBAC.

There, I’ve said it. I can go through all of the pros and cons in the world, and they can all be completely valid (and actually, very wise, because who wants to risk their life or their baby’s life just because they don’t want to feel as though they’re copping out?!) but when it comes down to the nitty gritty, the thing that was playing on my mind from the very start of the whole VBAC/section dilemma was that – somehow – if I asked for an elective section, I was taking the easy way out. Being a wimp. Not giving things “a good go”.

So untrue, of course, because you’ll know if you’ve had a caesarean that it’s no walk in the park, but nevertheless the “copping out” idea was what – after a bit of frank soul-searching – was holding up my decision. Good God, I would have decided on a section on day one had I not had to attend the VBAC class and be told that a section was risky and I’d be fine birthing naturally and that I’d recover better from a VBAC and “nonsense! women only grow the size of baby they can deliver!”…

And I clung onto various reprieves – first of all that the baby would be breech, and I’d have to have a section, and then that the baby would be big, too big to come out, and I’d have to have a section (turns out my instincts were good on this one – not on the coming out part, because who knows what can come out of the Tunnel of Great Stretchiness when it’s put under duress, but the “big baby” part). But really, I just wanted a section. I didn’t want a “trial of labour” when I only had a 50% chance of success (my hospital stats); neither did I want a trial of labour when I’m potentially carrying the Hulk Hogan of all babies. Why I couldn’t have just put my foot down (as I would have been entitled to do) at the start and saved myself months of anxiety, I have no idea.

Well, I do: as I’ve said, I didn’t want to feel as though I was copping out. I wanted to be a Warrior Princess of Birthing, I wanted to be how I thought I would be with Angelica’s birth – breathing the baby out, empowered, the staff in awe of my amazing babe-delivering capabilities. But birth isn’t like that, not for everyone. And I’m not a Warrior Princess – I’m just a normal, slightly frightened woman who has had her confidence knocked once before, has been petrified before, and can’t bear the thought of going through it again.

To VBAC or not to VBAC…

So there. I’ve said it. And I’m by no means saying that anyone else who opts for a c-section is copping out – I’m talking about me here, just me. To make it clear, I also don’t think that I’m copping out – I’m done with that hang-up. You get your baby out the safest and least traumatic way possible and, on professional advice and my own counsel, a c-section, for me, is that way. (Now with the whole maybe/maybe not-gestational diabetes complication too, I’m adamant.) I admire any woman who goes for a VBAC and I equally admire any woman who decides that an elective section is best – nobody takes any of this birthing business lightly. It’s a difficult decision to make but the pros and cons are, I think, different for all of us and nobody can make the decision for you. Nobody should make the decision for you.

I hope that this helps if you’re dithering over what to do when it comes to VBAC – not to push you in either direction, but to sit down and be truly honest with yourself as to why you’re struggling with your decision. Ultimately, I worried about what other people would think of me and I also worried about not “achieving” something I felt I should be able to achieve – and what utterly irrelevant nonsense. Think about recovery time, think about chances of success, think about safety, think about how you would like your birth to go, but never think that you’ll be letting anyone down. Not least yourself.