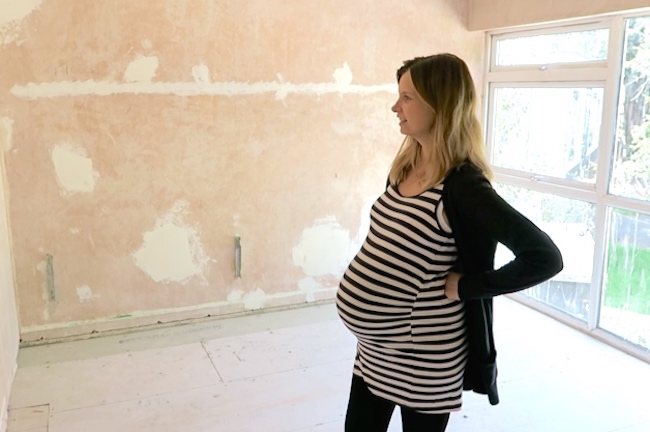 I made a vlog, which is basically a really lazy video where I talk about nothing of great importance and expect you to enjoy it. There might be a little glut of these, when I’m off on my self-imposed maternity leave, because next week I’m packing all of my “serious” filming equipment away in storage and I’ll just be left with my Canon G7x and a laptop. Eeek! The packing away is partly a necessity because we’re moving to an even smaller holiday let (I’ll be in a bloody shed by the time the baby arrives!) but also a ploy to make myself work less. I had great plans to put my feet up and read baby magazines, but so far my “downtime” has been non-existent.

Anyway, if you’d like a little peek into my half-renovated house, be my guest; come on in and poke around. Just after I filmed inside the house, Mr AMR trod on a dodgy plank and almost fell through the ceiling. I know I shouldn’t say this, because he actually did hurt his leg a bit, but there is nothing more secretly amusing than someone suddenly disappearing through the floorboards. Does that make me a total bitch? I didn’t laugh at the time, because I was worried that he might have broken something and I treasure 100% of my wonderful Mr AMR, but blimey it would have been funny to watch the event in slow motion.