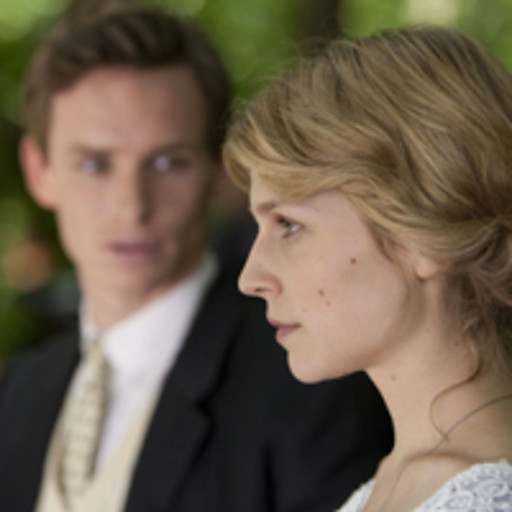 On Sunday night I attempted to watch Birdsong, which is a new BBC drama, with my Mum. It’s an adaptation of a novel by Sebastian Faulks which you may or may not know – that’s not important. What is important is that it’s quite a serious and sad old story, or at least it would be if you didn’t have a running commentary from the person next to you.

Here’s the trailer for the two-part series:

and here’s my Mum’s monologue. She did stop for breathing time now and then, but mostly she just talked through it.

Why is that man singing? Oh my God, it’s awful. I hate Sebastian Faulks – I haven’t liked a single thing he’s written, not even Endleby.

Oh, he’s a solider now. In the war. He looks better as a soldier.

She doesn’t look old enough to have those children.

Look how many moles she has on her face. She has so many moles! Now he has loads of moles, it’s like they’re infectious! The moles are spreading!

[Clemence Poesy takes off her brassiere]

She is absolutely COVERED in moles! Oh, they’re going to have sex. Ugh. UGH.

[Me: general murmurs of agreement that the sex is rather unnecessary. We are prudish!]

What is he doing to her? Oh that is not necessary! Against a tree? There are people behind in the background, look!

[Both of us shout at TV: THERE’S SOMEONE BEHIND YOU!]

[Cut to trenches, WW1, bombs going off and people getting shot.]

No, look, they’re burying him.

[Me: then what would the second part be about? I bet he’s alive and his eyes will flicker as they start to dig his hole.]

Mum: that was rubbish.

So. If you missed the first part, there’s a quick summary for you – and a spoiler, of course! Should have warned about the spoiler before I started, really…

*disclaimer: I’d like to point out that none of the above opinions are mine – Eddie Redmayne and Clemence Poesy are both “proper lookers”, neither are that freckly/moley and Redmayne’s lips are a thing of wonder. He once lay on my couch, and that’s all I’ll say about the matter…. My Mum heckles just about anything that isn’t Friends or Lark Rise to Candleford!