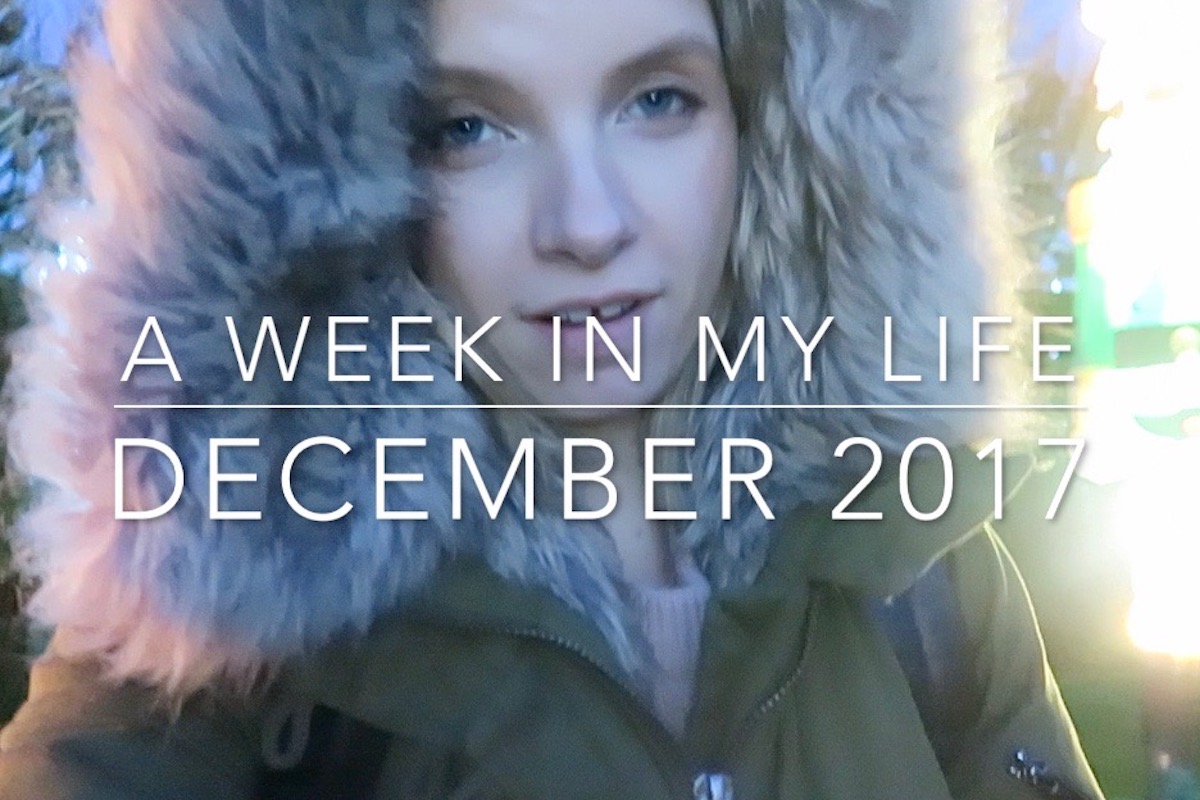 Don’t get too excited – I’m not back, not properly. I’m just poking my head around the door really, so that you don’t forget about me. And I also needed to post up my December Week In My Life before it became totally outdated and irrelevant. I mean, it’s pretty much outdated already, because who wants to look at Christmassy things once the festive season has drawn to an end? It’s like having a stonking hangover and being forced back to the scene of the party to clear up spilt drinks and glasses with fag ends floating in them.

But here it is nevertheless: a whole week in my life. Except that it’s more than a week, because I kept forgetting to film an ending. And in a way, it’s also less than a week, because I missed out quite a few days and on one of them I just filmed my cat sleeping. Perhaps I should make things easier for myself in 2018 and bring it back to a day in my life?

Apologies for the extended absence; I’d like to say that I’ve been luxuriating in a long, restful holiday but there is no such thing as a long and restful holiday when you have two relentlessly scampering miniature people darting around your legs. Also I seem to have the cough-cold from hell: it simply will not sod off. I spent a fair amount of the Christmas period feeling pretty shocking, was awarded some brief respite for a few days and now it all seems to be back with a vengeance.

But I’m trying to get a grip on things and pull myself into the new year so that I can start work again with a renewed enthusiasm. Unfortunately, it’s like trying to pull myself out of quicksand using one of those bendy, weedy reeds that you find at the side of the river, but I’m sure I’ll be right as rain in another few days. I just need someone to throw me a rope!