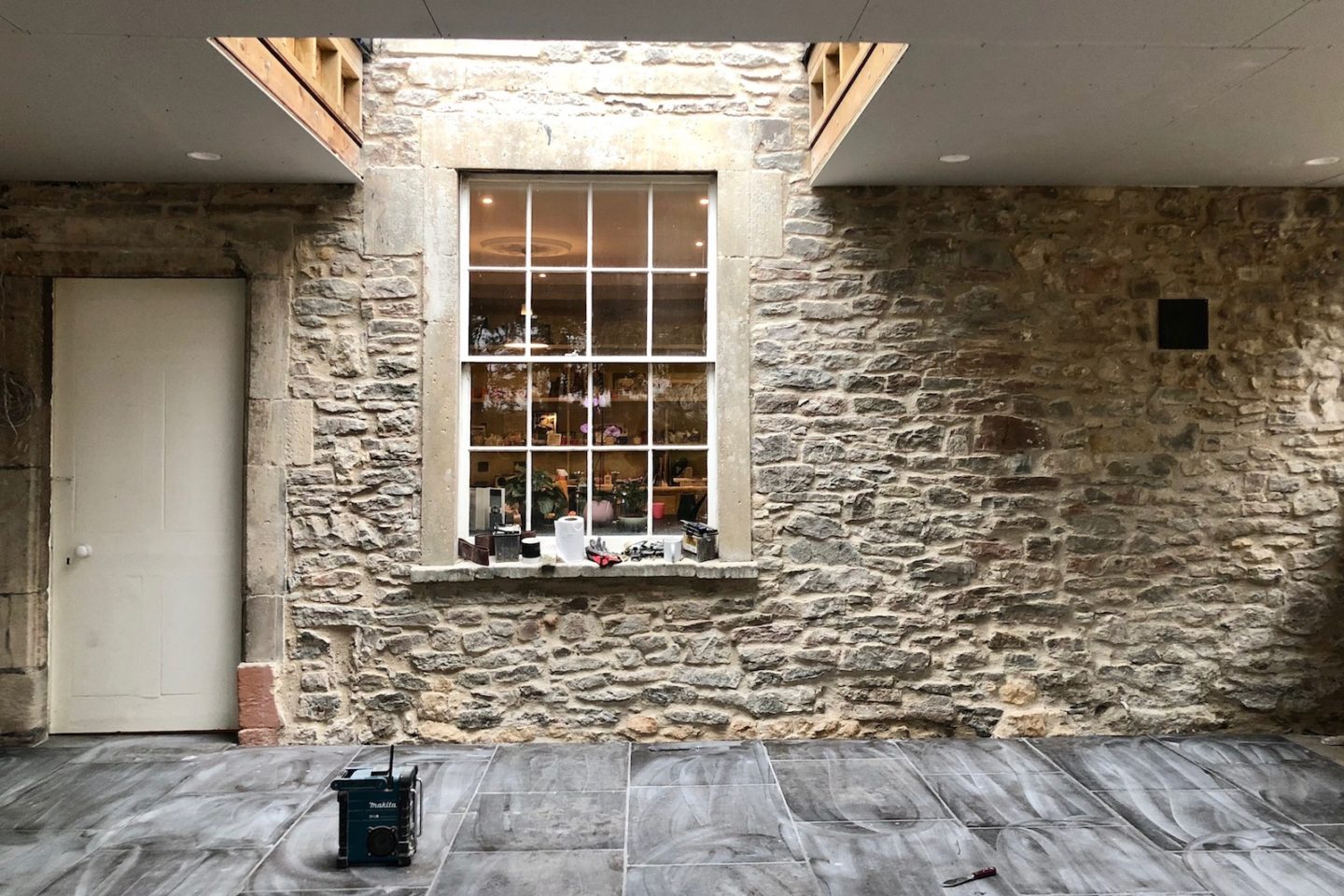 I must admit that the title sounds slightly click-baity, but I filmed my latest house update when I was still waiting for the big glass doors to arrive and all building work had come to a total halt – it felt very appropriate. Like that bit in Grand Designs when everything goes wrong and they film a desolate building site with sheets of plastic flapping in the wind and rain dripping in through the unfinished roof.

And, coincidentally, it was just after that recent episode of Grand Designs (now officially the “saddest” episode of all time, according to the press) where the man fails to build the world’s most monstrous lighthouse.

Tell me you watched the lighthouse episode? Perhaps you’re not such an avid Grand Designs fan/enthusiastic admirer of Kevin McCloud (he lives really close to me, he doesn’t realise quite how worried he should be!), but if you watch just one episode then make it this one. My pelvic floor has never had so much exercise – I was cringing so hard that my internal organs were in my throat! It was so sad, so mad, so incredibly bad!

I had been prepared to film a whole vlog banging on about my windows company and how late they were and how stuff like that can make you incredibly stressed and anxious and how it affects everything else in your life but then that episode of Grand Designs came on and suddenly my missing glass seemed very insignificant. (I realise that in the scale of things going on in the world, the entire subject is completely insignificant, but you catch my drift.)

“Good morrow to you, kind and learned viewers! I have been to market and exchanged my prize pig for these fine, fine hose and I wanted to give you a tour. A Hose Tour, if you will. Swipeth up to buy!”

You can find more house stuff over on my Instagram account @casacrilly, or browse interiors posts here on the blog on this page.