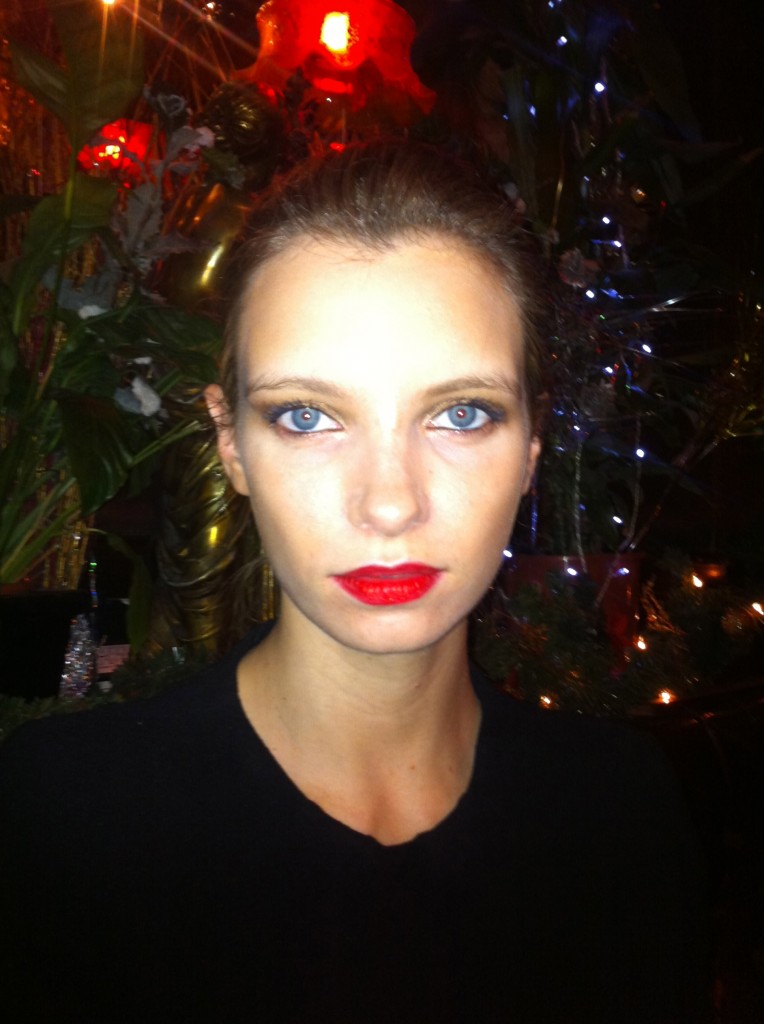 I meant to post these pics up last week but things got hectic! This was my makeup for New Year’s Day – I went out for dinner at Clos Maggiore in Covent Garden with Mr AMR, my little sister, and little sister’s new husband! (That makes it sound as though she has had lots of husbands – I don’t mean that, I mean that they are newlywed! Ish..) 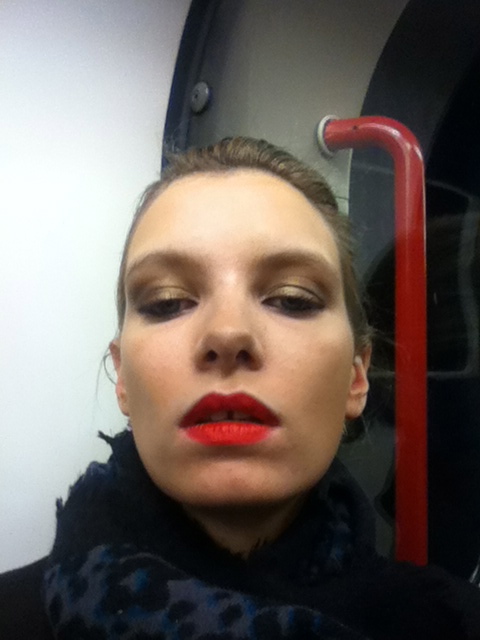 I layered my Pixi Lip Blush in ‘Love’ over a base of bright red lipliner (it was a Metier de Beauté one) and it created the most intense, attention-seeking red! I felt like such a show-off! The only problem was, it did make my lips quite dry after a while. I think it was more the lipliner+stain combo than anything else, and had I been better equipped, I would have slapped some balm over the top. As things went, I ended up fiddling with my lips quite a lot and pulling flakes of skin off – YES, I AM SO LADYLIKE! 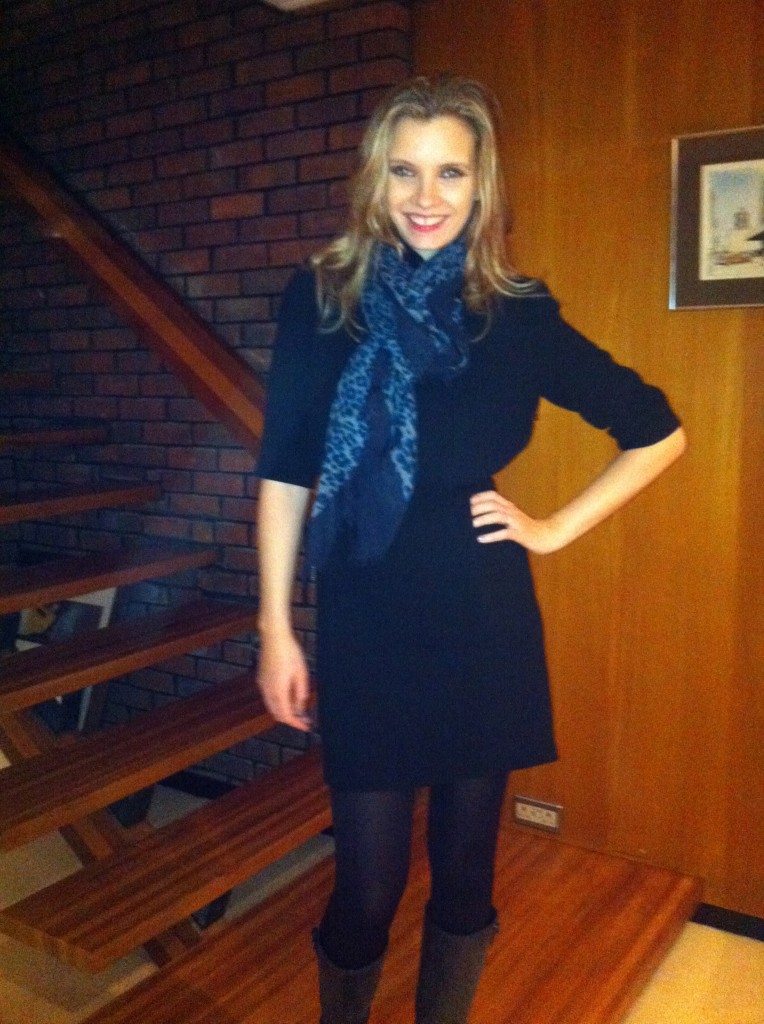 Here I am a little tipsy, wearing my new favourite dress (see this video for more views!) and a leopard-print scarf from Jaeger. My hair looks absolutely shocking – God only knows why I let it down and then took a picture! Centre-parting madness!

Other makeup worn on the night included Jouer Tinted Moisturiser and bronzer, Armani Eyes to Kill shadow and Avon Supershock eyeliner. My lashes were blue because I used a blue mascara by mistake – it’s easily done, you know, when all of your tubes and bottles look the bloody same!

By the way, the set menu at Clos Maggiore was not very excellent. I was a bit disappointed – my sister had pork that was so smoky it was ridiculous! I had goat cheese something-or-other that was incredibly rich and not entirely nice for it.. I have been to Clos before and had outstanding food, so perhaps it’s just the set menu?