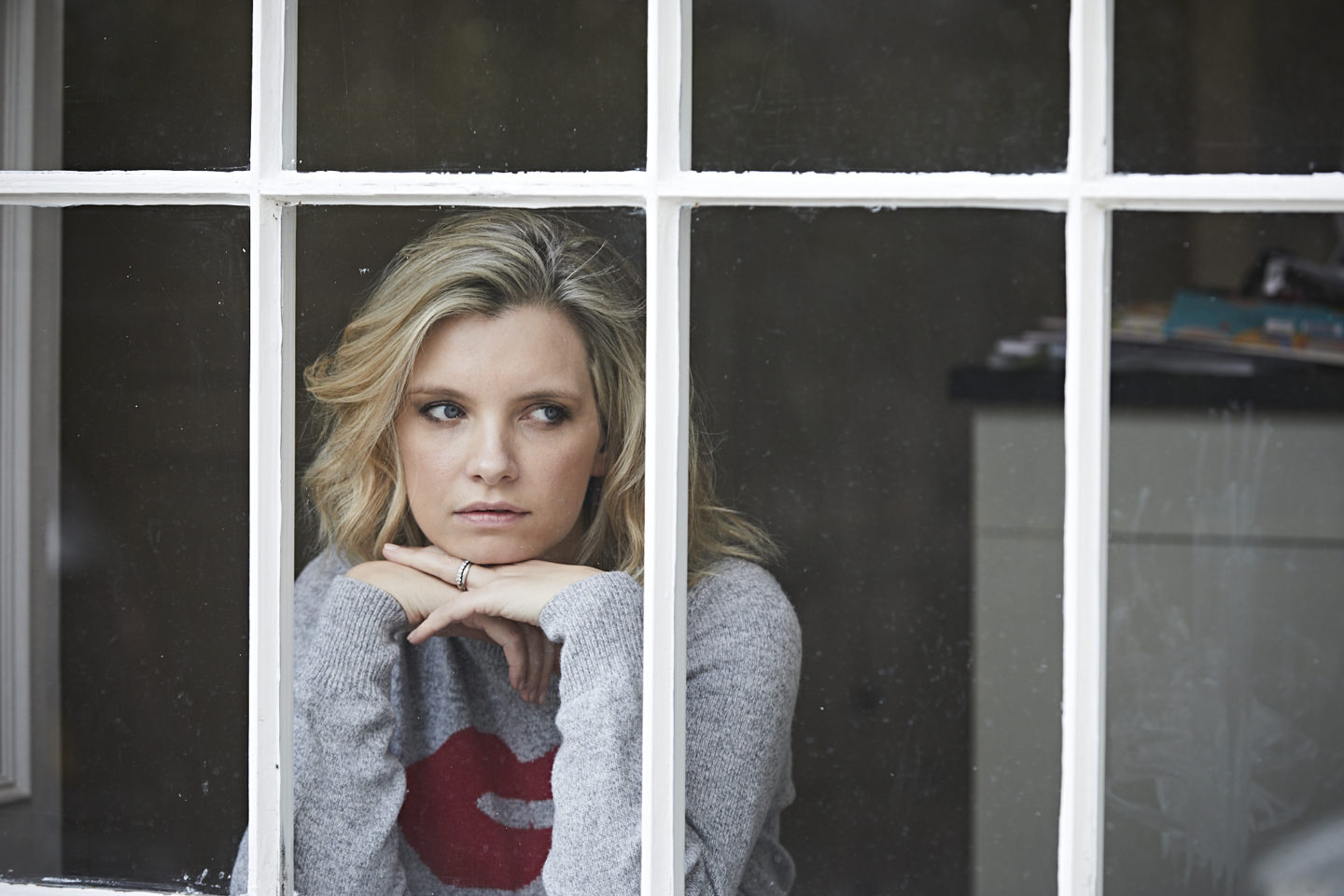 Sorry, I know that the internet is full of people boring us with news of their phone detoxes, social media bans and internet usage culls but I’m going to jump on the bandwagon and tell you all with why I’m going completely offline for Christmas. And I can tell you that it’s not because I’m sick of Instagram (bloody love it, not even ashamed to admit I’m probably addicted to it) and it’s not because I’ve lost motivation or become mentally constipated – I have over two dozen posts in my drafts waiting for a final edit – and it’s definitely not because I need some time to reignite my creative spark or whatever other excuses make the rounds at this time of year.

No, the truth of the matter is that we have nine of us here for Christmas dinner, eleven for Boxing Day dinner and a stream of different visitors from the 23rd until New Year’s Day. All of them sleeping over, many arriving with children of varying sizes, who will no doubt be noisy and exhausting. Hopefully all guests will wear pyjamas, because I’m not doing daily linen changes for every room –  a quick spritz of air freshener and a re-tautening of the fitted sheet is about the limits of my upstairs hospitality! I’ll cook and pour drinks until the cows come home but do not ask me to change a duvet cover. It has to be the worst domestic task, surely?

Anyway, I thought that I would throw myself wholeheartedly into the hostessing game which means that I won’t have time for my usual insane work/life juggling. I realised, earlier this month, that I haven’t had a proper holiday for about eight years – yes I took off three weeks after both of the babies were born, but recovering from a C-Section with exploding breasts and crazy hormones isn’t exactly downtime. I’m talking dedicated eat-all-the-Lindt-balls downtime where you’re not drafting blog posts on the inside of the pizza box or trying to re-enact precious/funny/poignant moments so that you can upload them to Instagram Stories.

I mean the sort of downtime that makes you forget that you have a job, that frees your mind from the shackles of ambition and discipline and determination. Because who can keep up that sort of mental exertion for years on end without a break? It’s like doing the Grand Prix five days a week and then analysing your performance on your off days. 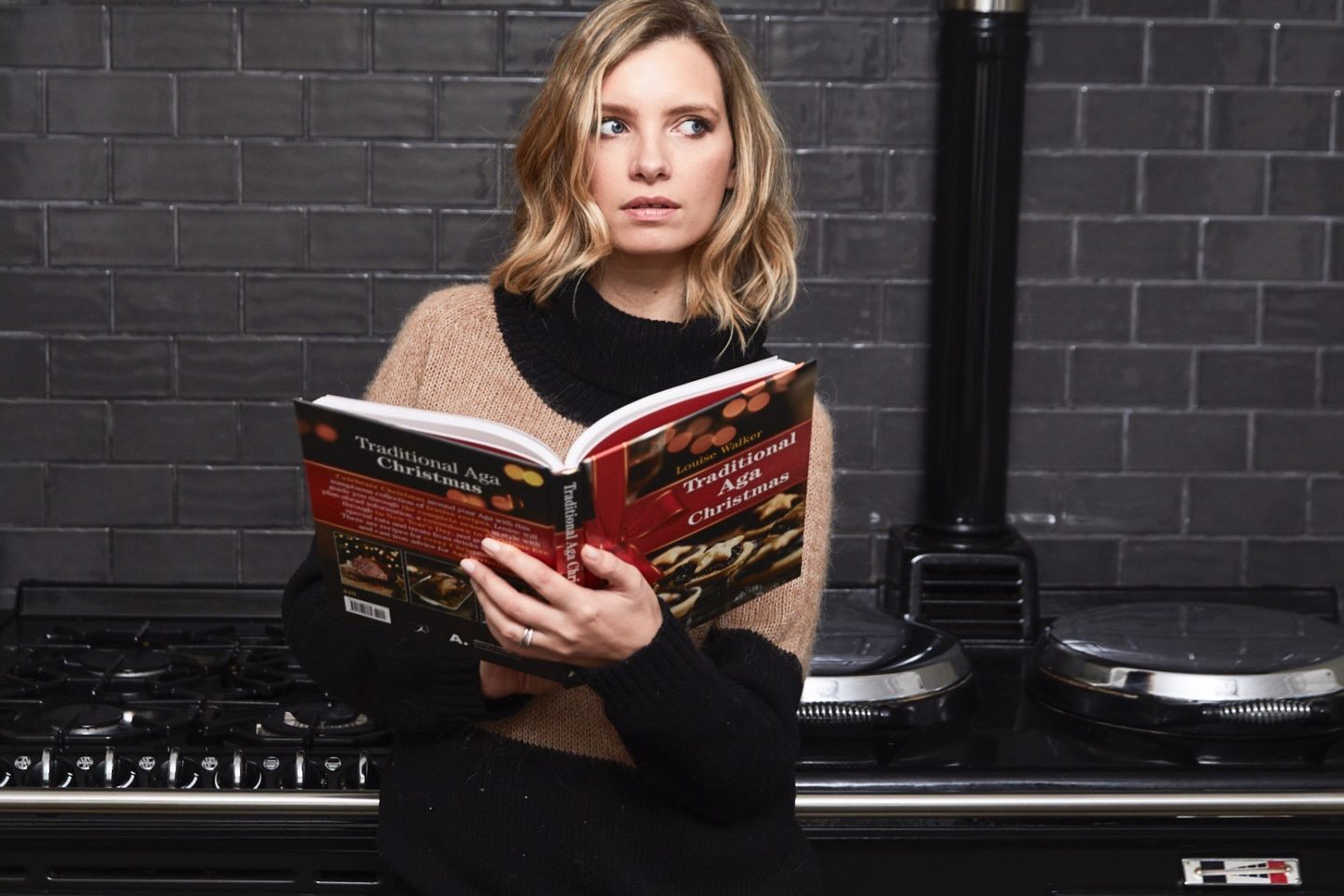 So yes, I am going to spend some time practising new recipes and trying to make sense of my AGA cookbooks, which tend to be the most dithery, imprecise cookbooks I’ve ever had the misfortune to read. They say things like, “pop the turkey into the roasting oven for between 2 and 6 hours, depending on how much you’ve got cooking in the other ovens. If you’re drying your boots on the simmering plate then add another twenty minutes per pound of meat – if your AGA also heats your hot water then it’s very important that nobody takes a bath or has a shower for twenty hours before you wish to start cooking Christmas dinner.”

Bloody AGA. I both love it and hate it. Really, as a cooker, it’s ridiculous. Yes you can throw in a quiche or a pizza on a whim and the oven is always on, but the downside of this is that THE OVEN IS ALWAYS ON. Imagine having a washing machine that continuously spun around with a load of sudsy water inside and when you fancied washing something you just opened the door and chucked in the dirty laundry?

“Oh I just love my WASHA,” you’d say to anyone who’d listen. “It’s on all the time! I never need to press one button and take five seconds to put a washing tablet into the drum – it’s just on! All the time!”

“But Betty,” they’d say – if indeed you were called Betty, “isn’t that an awful waste of energy, water and detergent?”

“Probably,” you’d say, “but it generates so much unnecessary heat that you can dry the dog blanket over the top of it!” 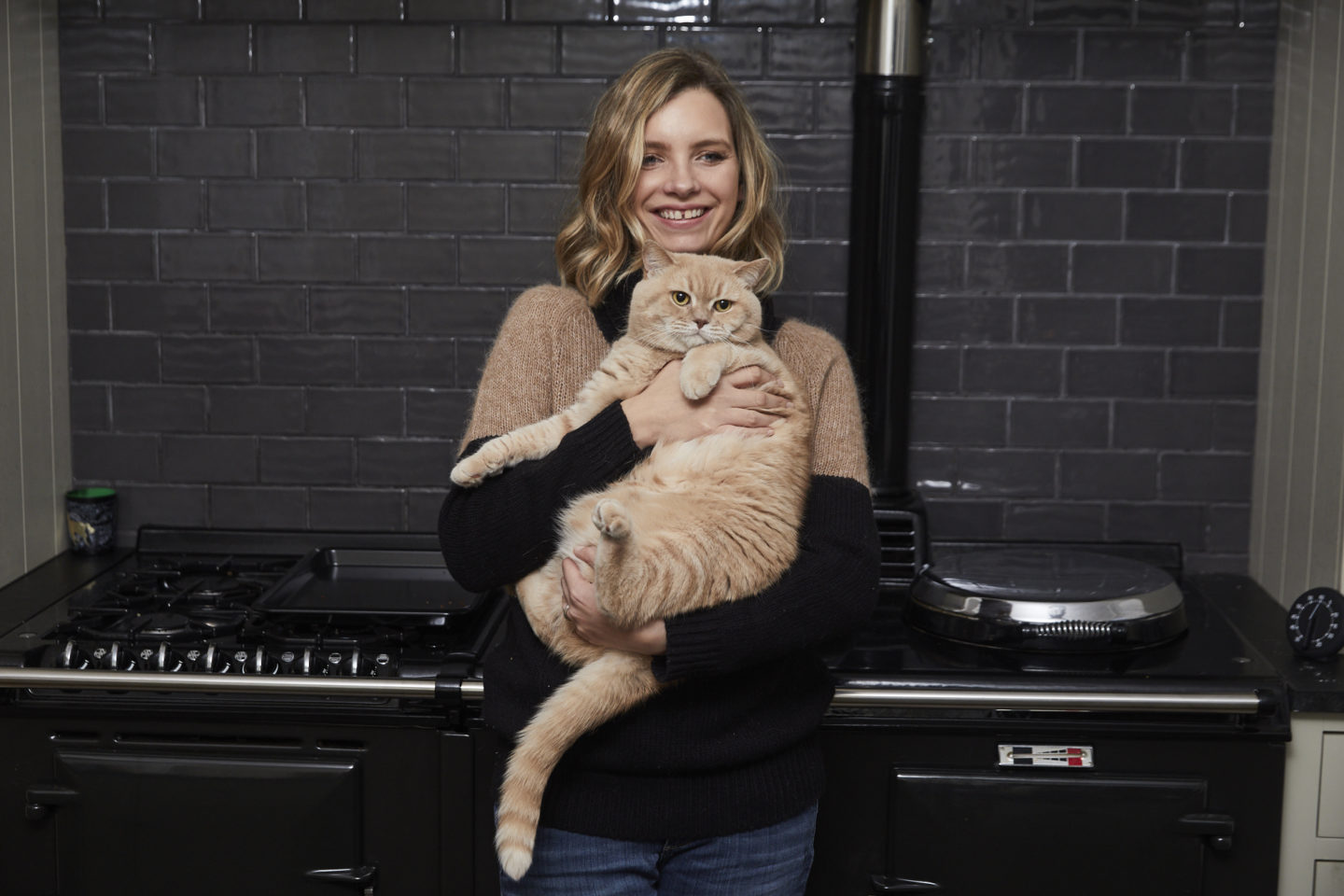 I jest. I do like the AGA. It’s like having the world’s biggest radiator sat in the kitchen. So big and hot that it can only be connected from October to April because otherwise the walls begin to melt, like a Dali painting. Good job that there’s an extra module on the side – one with electric ovens and a gas hob, powered by a gas cannister up the garden. But the fact that there has to be an extra cooker that’s – well – a normal cooker… tell me again what the point of the AGA bit is?

Right. I’m off. I was going to film a makeup video, edit it, schedule it, write the blurb to go with it, polish off three blog posts to keep you going over Christmas and then cap it all off with a series of Instagram Stories showing you some last minute gift ideas, but there has to be a moment that you call it quits, doesn’t there? I’m such a workaholic I could genuinely carry on for another evening (last night it was until 2am) and then throughout another day, but the kidlings await (one dressed as a fairy, the other in a policeman’s oufit) and I have to do the Big Shop at Sainsbury’s.

Some Christmas reading, to tide you over: 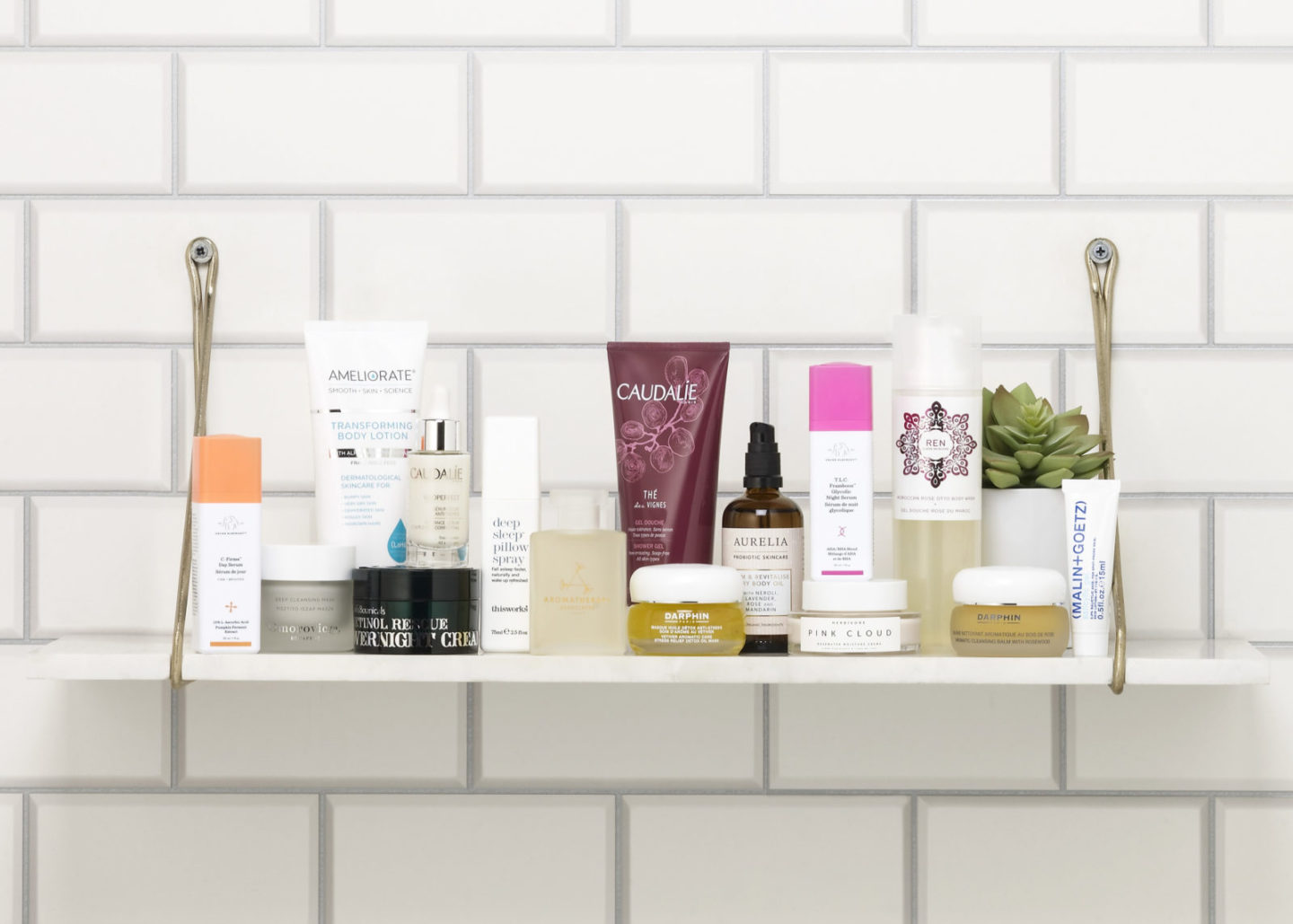 Firstly, a lovely interview that I did for Space NK detailing my Sunday Routine – the beauty products I use, the TV series I watch and the exact amount of time I spend in the bath before Mr AMR recycles my water! Read it here. 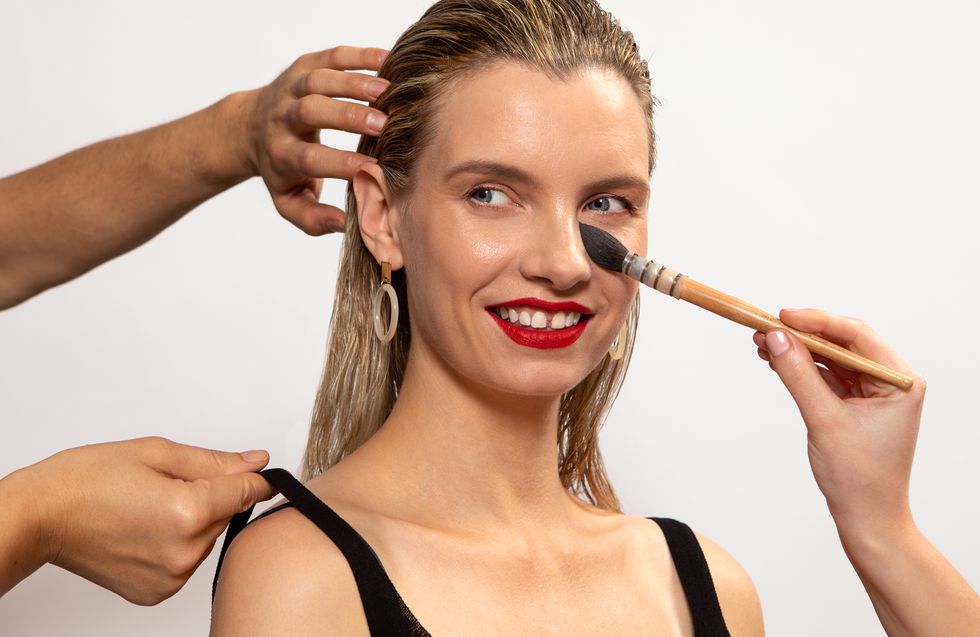 Then a great feature with Red Magazine called My Life In Hair. I shot the photos with the amazing Jane McLeish-Kelsey and wrote about the styles that have shaped my adult hair life. You can read that online here. 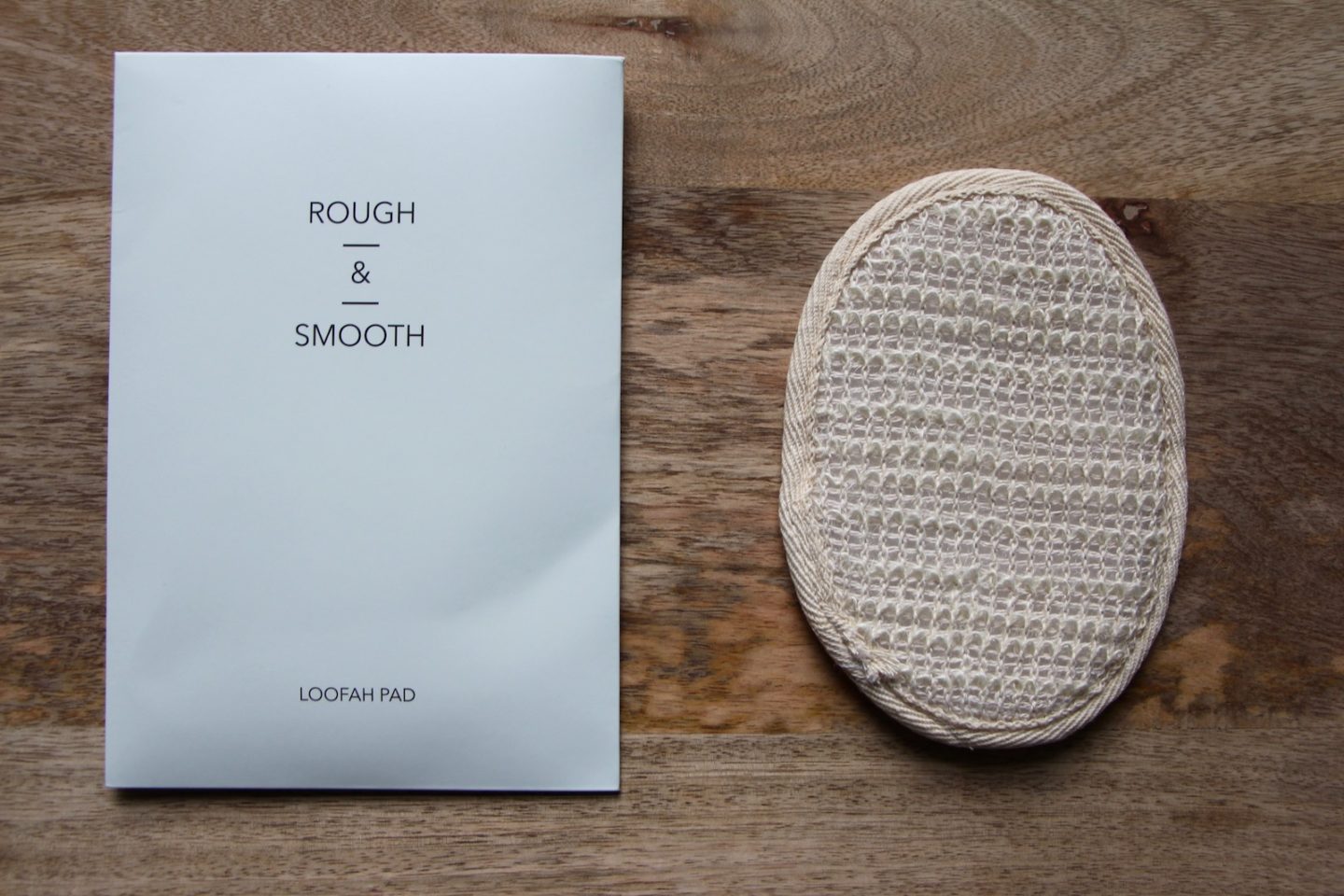 Finally, a post I wrote on loofahs; more absorbing than it initially sounds, if only marginally. It went up earlier this week but for some reason didn’t format and was an absolute nightmare to read, so here it is with spacing and actual paragraphs.

Now all there’s left to do is to thank you for your immense support this year in what was a slightly difficult twelve months. If you missed why and would like to catch up then my post on grief is here – it’s not particularly cheery, but probably puts things into perspective if your family are driving you mad over the festive season! I hope that you all have an amazing Christmas and a glorious, enthusiasm-filled New Year – I’m looking forward to more hilarious chats with you all in 2019. I’ll be back in two weeks, raring to go and full of random ideas for blog posts…