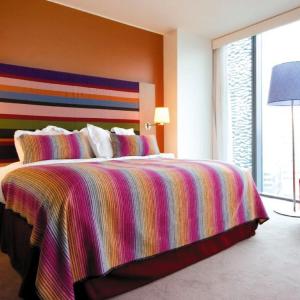 The night before I did the studio shoot for the new Pavilions campaign in Birmingham, I had a facial in the You Spa at the Radisson Blu Hotel. It was so absolutely relaxing that when I tried to get up off the table (is it a table? I really need to find that out!) I thought that my body had been turned into stone. I literally couldn’t move! Hollie, my facialist, had done such an amazing job of relaxing me that my entire body had simply gone into sleep mode!

I was actually staying at the Radisson, so I didn’t have far to travel to get to my treatment, which was an immediate bonus. From the outside, the Radisson Blu isn’t particularly a ‘looker’, and it’s on a major roundabout, but once you’ve checked in and taken a lift to your floor, you see that it’s all dark wood walls and low lighting in the corridors. It must be one of the quietest hotels that I’ve stayed in! The corridors were sleek and chic, but my room was bright and airy, a nice size (considering it was just a standard room) and had Missoni bedspreads and pillows. Very fashion, darling!

The toiletries in the bathroom were by Anne Semonin, whose products are stocked at Liberty in London. Quite a nice surprise to get a more unusual brand in a large chain such as Radisson! I had no complaints about my room whatsoever – the air con was set to ‘dry freeze me to death, please’ but that was soon rectified; the most important thing was that my room was totally and utterly silent. Just the way I like it.

So after a brief pit-stop to drop off my suitcase, I made my way up to the top floor for my facial. Hollie asked me a few questions about lifestyle and skincare and then got started. Considering that the treatment room was directly next to the gym, Hollie did an incredible job of creating a little oasis of calm! I was immediately relaxed as she began cleansing my face, and found it increasingly difficult to concentrate on what she was doing. (I try to remember everything so that I can write it down afterwards!)

The You Spa is exclusive to Radisson (Birmingham, Cardiff and Stansted) and uses products from Sarah Jones London – they’re all completely natural, with no parabens, preservatives or artificial fragrances and colours. There was a gorgeous rose facial masque that gave a beautiful glow, and a lemongrass exfoliator that left me feeling utterly calm. The facial follows the standard ‘cleanse, exfoliate, masque, moisturise’ route, but what stood out about this treatment was the bits in between. Whilst the masque was working it’s magic, Hollie moved around my body pressing on key points all the way around, moving silently about the table. This made me so incredibly relaxed that I just can’t describe it; but at the same time, I became strangely ‘aware’ of each part of my body. Strange, but incredibly sleep-inducing! 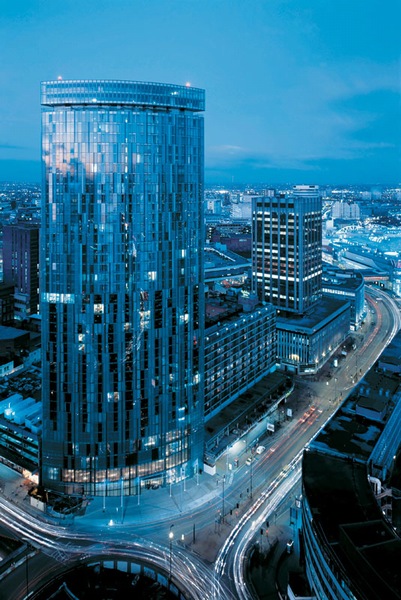 A facial at the You Spa costs from £50 (you can get a spa ‘retreat’ including a scalp massage, foot massage and lunch in the restaurant for £65) and I can imagine would be a welcome treat for any busy Birmingham girl! I really haven’t been so relaxed for a very, very long time!

Rooms at the Radisson Blu start at around £89 (Oh – and some extra info: free WiFi throughout the hotel, and a really very good buffet breakfast!)