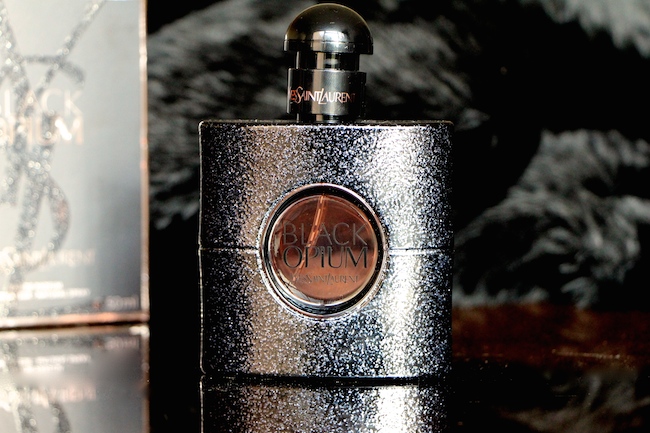 Oh ho ho, I am so ready for deep and sexy wintertime perfumes and Yves Saint Laurent’s Black Opium is just about as sexy as they come. I mentioned Chanel’s Coco Noir Parfum last week – it’s a very concentrated, sexed-up version of the popular eau de toilette – but I must say that Black Opium has knocked my socks off. (I’d use ruder terminology but I’ve already said sex three times and we haven’t even got to the good part.) Black Opium is dark, naughty and almost overwhelmingly warm and spicy – I’m half wishing for the nights to get longer just so I can prowl around town intoxicating unsuspecting people with my scent!

Partly, I know that I love Black Opium because there’s something of the original Opium in there and Opium was always my Mum’s perfume. She still wears it occasionally even now, but when I was a small child it’s the smell that I remember lingering on her coats and scarves and in her hair. Black Opium isn’t as grown-up as the original, I don’t think – it’s darker and spicier, but it’s not so…cloying? I don’t know whether “cloying” is a fair description, because I don’t mean it negatively, but I can’t think of a better word; it’s so strong that it makes me dizzy. Black Opium feels much less heady. It has a little trace of the original scent (maybe it’s the jasmine?) but the rest is warm and spicy – coffee, vanilla, pink pepper, patchouli. It seems a bit younger and edgier and I’d hazard a guess that YSL are after a new generation of Opium wearers; it’s all sparkly, tactile packaging with sultry, rock-chick advertising campaigns. 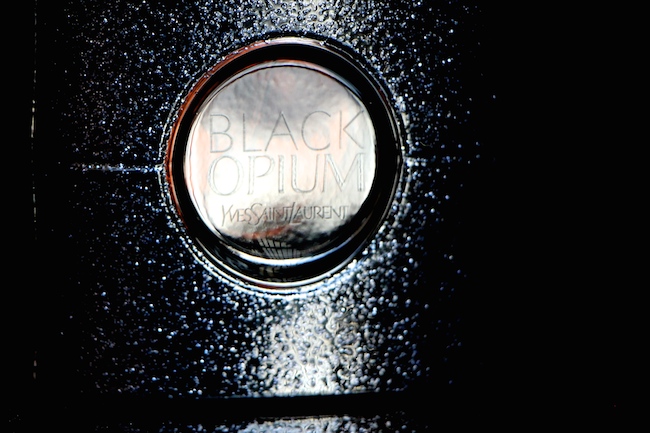 Whatever; I love it. I seem to be changing in my perfume tastes, as I get older – stronger, darker, more exotic. Rarely do I go for a fresh kind of scent, now, unless it’s over the proper summer months or I feel as though I need something light and girly. But for the next few months, as the long, cold evenings draw in, it’s dark and sexy and spicy all the way. I’m already envisaging the outfits I’ll be wearing with Black Opium; skinny black jeans, high black boots and a rock ‘n roll faux-fur. (I like this one from Unreal Fur – it’s on the wishlist.)