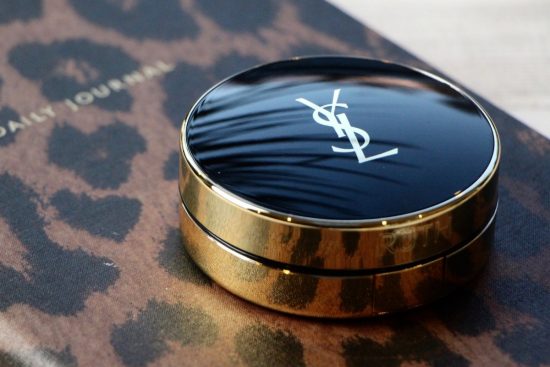 My love-in with the cushion foundations continues: I’m still using the Lancome (reviewed here) but when such a heavy coverage isn’t required, it’s on with YSL’s new Fusion Ink. Actually, Fusion Ink isn’t new at all (I video reviewed it here almost exactly two years ago) but the cushion format is a recent launch. If you’re not familiar with these cushion foundations (and there are plenty coming out) then – in brief – it’s a foundation-saturated piece of foam housed in a compact. 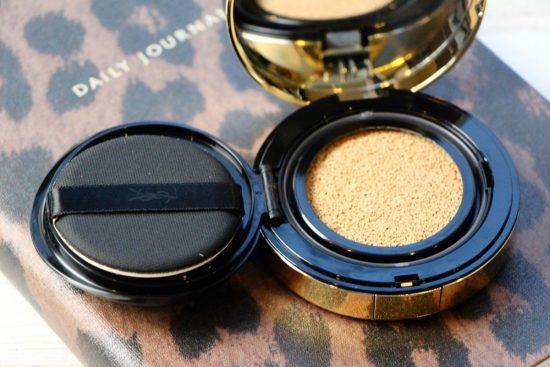 It can be applied using the little pad provided (I only use in an emergency) but far better, I think, is a short and stubby foundation brush such as Bobbi Brown’s Full Coverage or Zoeva Buffer Brush. There’s just something about the squishy nature of these cushion foundations that makes them very satisfying to apply with a stubby brush – you can squash it into the pad and almost hear the squidge!

But onto the Fusion Ink, and, like its bottled counterpart, the light texture and gorgeously fresh feel. It’s just beautiful and the formula works so well in cushion form, too – non-claggy, easy to blend and with a natural, non-cakey finish. Those lamenting the loss of the original Teint Touche Eclat may quite simply rejoice at this launch – I feel that the results are quite similar. Good coverage but not total coverage, and a very fresh-faced finish that is almost on the dewy side.

Here are my before-and-afters: 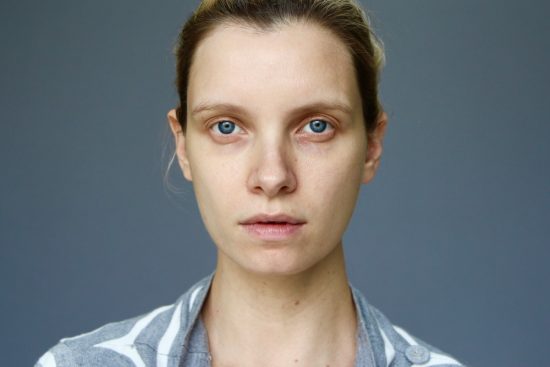 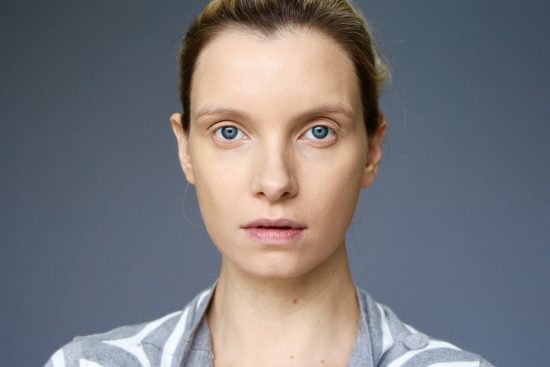 And from the side, trying to catch a bit of light so that you can see the glow: 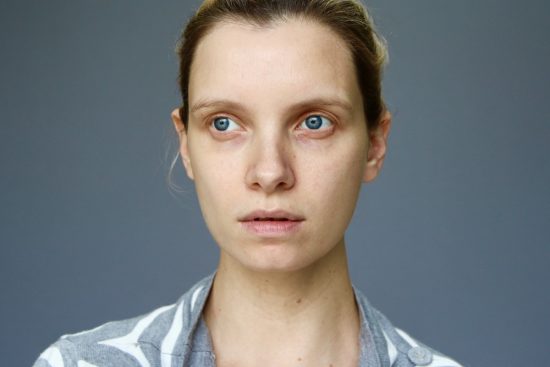 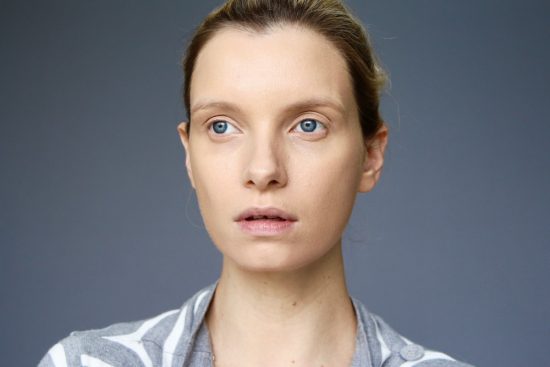 As you can hopefully see, the Fusion Ink Cushion does a great job at concealing the darkness under my eyes, redness around the nose and general skintone unevenness – I’d say that the coverage is actually a bit more comprehensive than in the original (discontinued) Le Teint Touche Eclat, or Touche Eclat Le Teint or whatever the Gareth it was called.

Close-ups? Alrighty then. Before and after: 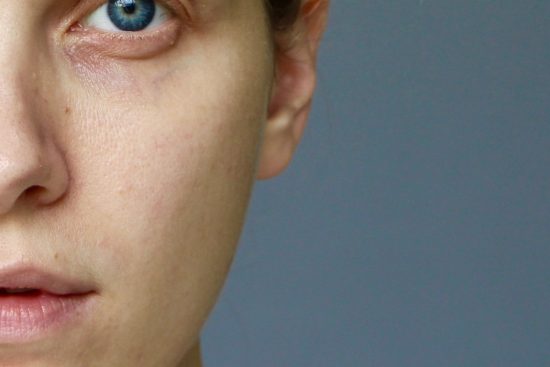 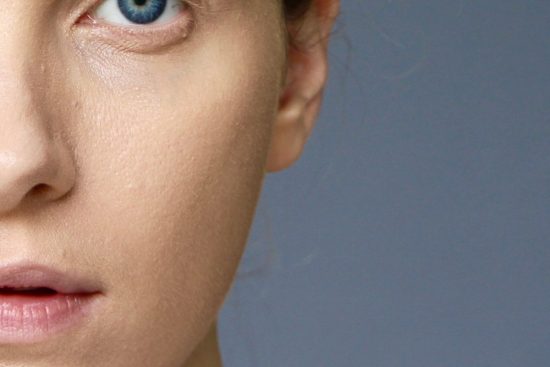 On closer-inspection, the coverage is far greater than I first thought – look at the small mole to the side of my nose. It’s very pigmented, yet the foundation completely covers it. Interesting, because at a (relative) distance, the finish is so juicy and fresh that it feels very “real skin”.

Longevity and general wear seems pretty impressive – I’ve worn this now on normal, rushing about days and also to an event where I was photographed under bright light. I never get to the end of the day and find that it’s disappeared, though I am the sort of person who removes makeup at 6pm if they can possibly get away with it! 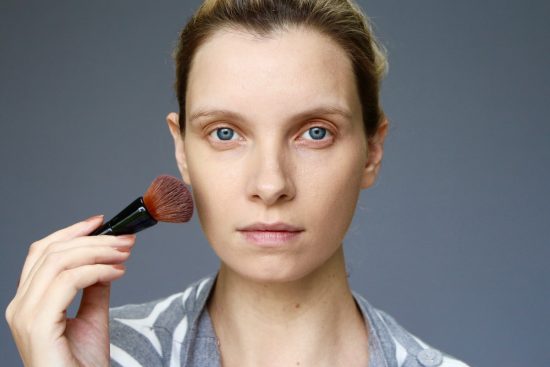 Just one prob with this foundation, though – the shade range is incredibly small. Bearing in mind I’m fair and I’m wearing a 40 in these photos, you’ll be disheartened to know that shades only go up to 60. I’m hoping hoping that this is addressed, it looks as though this launch has been hugely successful as the shades keep going out of stock all of the time, so perhaps it’ll give YSL a kick in the right direction!

YSL.co.uk has the best stock of this, with all shades available – you can find the website HERE. Compacts with a refill are £35 and a refill on its own costs £25.