I greatly approve of leopard print; not a season goes by that I don’t pick up some item or another that has been decorated with it. I like the texture that it lends to clothes – done well, it’s immensely flattering and adds a bit of interest to an outfit without being too much of an ocular assault. (I stress done well; your fire-hazard polyester number with garish, Scary Spice blobs might not be quite so flattering and could “add interest” to an outfit in all of the wrong ways! I try to stick to cottons, wools and silk when I look for leopard print – as a rule,  manmade materials tend to have a sheen that makes leopard print look harsh and cheap. You want it soft and understated.) 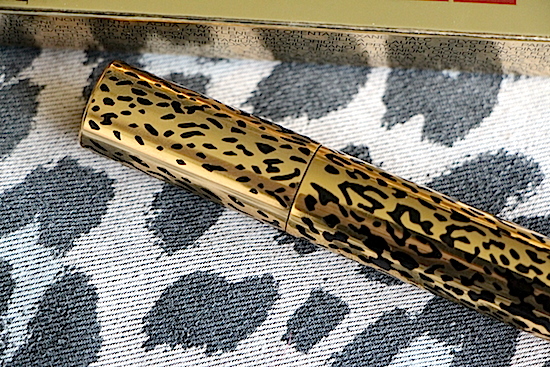 I’ve gone off on a bit of a tangent, there; I only meant to tell you about the limited edition YSL Touche Eclat pen that’s currently available! It is, as you’ve probably seen in the photographs, leopard print. Nice. I like these special edition pens that they have been introducing – aesthetically they are far more pleasing than the standard versions and, I must say, the textured surface is easier to keep a hold of. 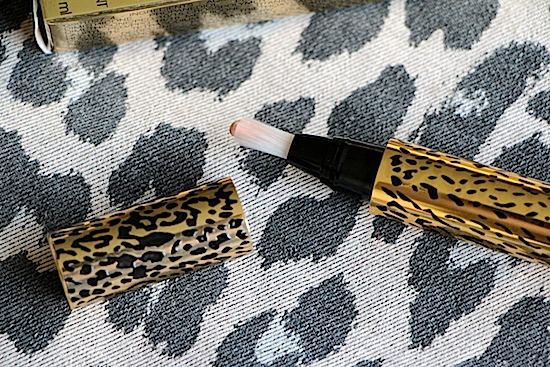 Many people make the mistake of thinking that Touche Eclat is an undereye concealer; it is not. It reflects light –  more of a highlighter. Some people have become frightened of using it, I think, after seeing photos of themselves with big, bright-white undereyes: it’s to be used sparingly, patted in with fingertips. And not just under the eyes – or not at all under the eyes, if you don’t particularly want to reflect light there. I have done a lot of work with Touche Eclat for various videos and YSL projects and I use the tiniest amount, now. I actually use it more as a traditional highlighter than anything else, applying it just after my foundation so that it becomes part of my base. I dot it along my cheekbones, above the cupid’s bow and under my eyebrow arches and then just pat it very gently – it just adds little bursts of light.

You can find the Touche Eclat “Wild” Edition at Selfridges.com – it’s £25.